Fondly known as the Prince of Telugu Cinema, Mahesh Babu has won many hearts with his acting prowess. The superstar now set father goals when he visited the sets of the dance reality show Dance India Dance – Telugu. And he was accompanied by his daughter Sitara Ghattamaneni. Viewers of the show will also get a glimpse of his talented daughter who set the stage on fire. 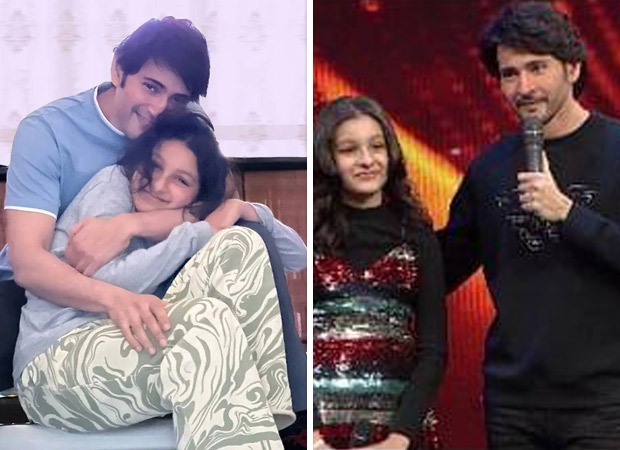 The young Sitara Ghattamaneni and Mahesh Babu visited the sets of Dance Indian Dance – Telugu and got a grand welcome. Moreover, Sitara even took the stage and even shook a leg with the contestants, as her proud father looked at her fondly. Fans of the superstar found the promo of the episode online and couldn’t stop appreciating the actor. One of the fans commented on the YouTube video saying, “The way he is looking at his daughter while dancing is adorable” whereas another one said, “The love in his eyes watching his little girl”. The fans couldn’t stop dropping heart emojis over the father-daughter duo.

On the other hand, the same promo was shared by Sitara Ghattamaneni on her official Instagram page where she also spoke about her experience of visiting the sets of a reality show for the first time. She said, “My first time ever on a TV show and it couldn't be more special with Nanna by my side!! I love dancing.. and it was lovely to watch all the dancers kill it on stage.. ???????? and also very inspiring!! ???????? An exceptionally special experience for me ❤️❤️❤️ Thank you for having me @zeetelugu!! #SSMBxSitaraForDIDTelugu.” Her aunt and sister-in-law of Mahesh Babu and Bollywood actress Shilpa Shirodkar dropped a comment on the post saying, “Many many congratulations my baby… always rise and shine❤️❤️❤️❤️”

Speaking of the show, this particular episode featuring Mahesh Babu and his daughter will air on September 4 on Zee Telugu at 9 pm. On the work front, Mahesh Babu will next be seen with Pooja Hegde in Trivikram in the yet-to-be titled, SSMB28.