While fans of Kannada actor Yash are eagerly waiting for the trailer of KGF 2, the actor took to social media to treat his fans with an adorable picture of him and his daughter. The actor shared a heartwarming picture with his daughter on his Instagram handle. 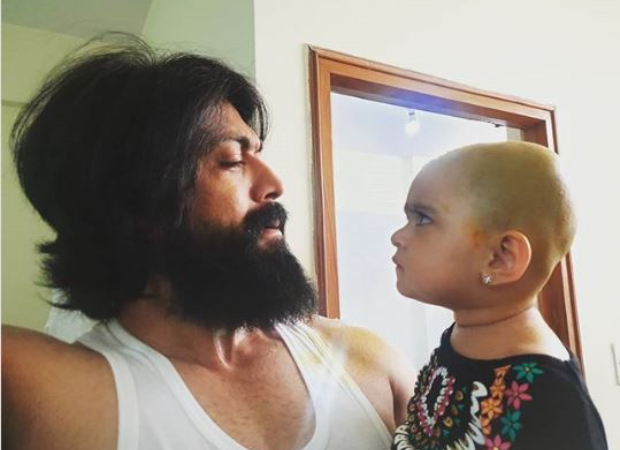 Yash, who is the father of one-year-old daughter Ayra posted a picture of his daughter in his arms and wrote a funny caption along with it. In the photo, both father and daughter are gazing at each other with Arya inquisitively looking at her father’s summer haircut. "Ayra: Dad, I know its summer... but I'm damn sure THIS is NOT summer cut! Dad: Well... ahem!(sic)" he wrote.

Yash got married to actress Radhika Pandit in 2016 with whom he had featured in films like Mr. and Mrs. Ramachari and Drama. The couple is also blessed with a baby boy.

Yash who made his film debut in 2007 is popularly known for his role in KGF Chapter 1. The actor is currently filming for the sequel to the film which is being helmed by Prashant Neel who directed the first part as well. For KGF: Chapter 2, Srinidhi Shetty and Anant Nag will retain the roles from the prequel. Bollywood actors, Sanjay Dutt and Raveena Tandon are set to join the lead star cast alongside Yash. The makers will be announcing the release date after the shoot is completed.