Last Updated 18.10.2021 | 9:40 PM IST
feedback language
follow us on
Bollywood Hungama » News » South Cinema » “Our inspiration for the film was from the real life incidents,”- shares Suriya on Soorarai Pottru.

Soorarai Pottru premiered on Amazon Prime Video on November 12 and since then the film is flying higher and higher. Suriya, who plays the lead in the film is one amongst the team experiencing this high from the film's massive success. 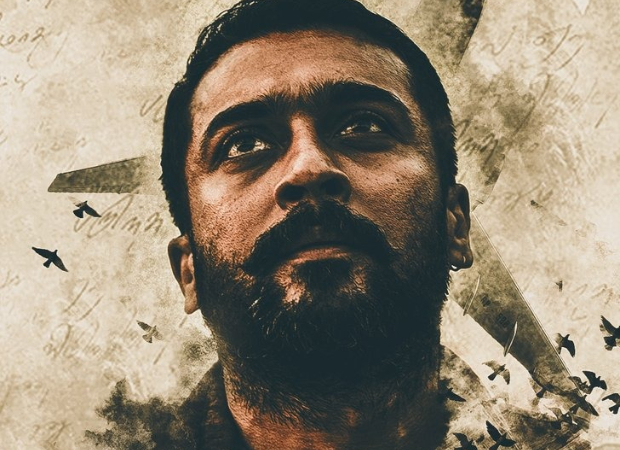 Soorarai Pottru kept the audiences waiting for a longer time than expected but what it brought to our screens was pure magic and worth the wait. A cinematic treat that it was starring Suriya, Mohan Babu, Paresh Rawal and Aparna Balamurli. The film is loosely based on the book encapsulating the life of a retired Army Captain, G. R. Gopinath who founded Air Deccan, a low cost airline.

Speaking about the book and inspiration for the film, Suriya shares, "Our inspiration for the film was from the real life incidents and also a simplified version of the book, which is of 670 pages. We tried to highlight the four most important phases of his life. I was in love with the character, and the effort of the entire team made the entire journey beautiful. It was undoubtedly, a wonderful experience to work with a director like Sudha."

Weaving the story of an unsung hero with such class and intricacy, Soorarai Pottru is a big bag of inspiration for the young blood of this country. The storytelling and earnest efforts by the characters and the team behind it are getting the recognition they deserve ever since the film released.

The movie is directed by Sudha Kongara, bankrolled by Guneet Monga's Sikhya Entertainment. This beautiful film has reached the masses of 200 countries and territories through Amazon Prime Video.