Last Updated 12.08.2022 | 7:39 PM IST
feedback language
follow us on
Bollywood Hungama » News » South Cinema » EXCLUSIVE: “I’m happy that one topic that I started, ended with the leader of the country speaking and ending it in such a beautiful manner” – Kichcha Sudeepa on Hindi vs South debate

From actors to musicians to politicians, a small twitter banter between Kannada actor Kichcha Sudeepa and Bollywood actor Ajay Devgn blew up into a full-fledged debate that didn’t end with social media. Actors to politicians, many of them were involved in this row and were questioned about it during events and press conferences. What started off as a mere conversation turned into an argument that questioned the national language of our country and if we have any. In an exclusive interview with Bollywood Hungama, Kichcha Sudeepa talks about the repercussions of this Twitter discussion with Ajay Devgn. 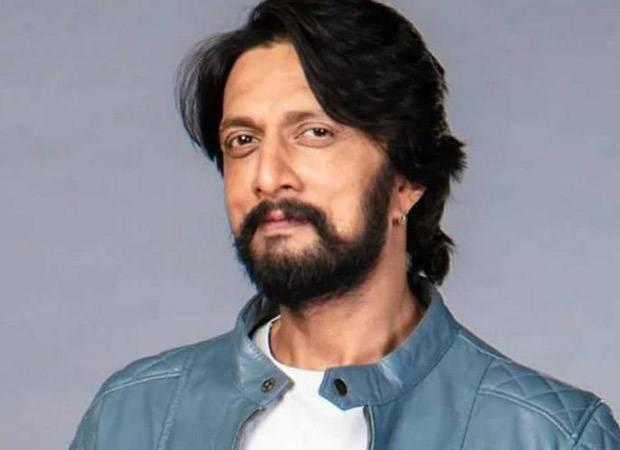 EXCLUSIVE: “I’m happy that one topic that I started, ended with the leader of the country speaking and ending it in such a beautiful manner” – Kichcha Sudeepa on Hindi vs South debate

Kichcha Sudeepa told Bollywood Hungama, “Ajay Sir, or me, I think we are two individuals who are seeing this industry – he has seen much more than me. And I guess we are all grown-ups, we understand what is what. So we were talking about black and white, and we didn't want to settle with a grey. So whatever the extensions were - if you realize a lot of people took the topic, but nobody tagged us. They just wanted the topic. And they took it politically all over the place. And I think that is a zone where we both didn’t belong. He had a question to me for to, which I think I respected that. And I wanted to answer, though, that came in Hindi. I understood Hindi. So I did respond back in English so that everybody understands what I'm trying to say. Of course, Ajay sir got the whole context. I guess he got a different interpretation of the whole thing. But that's fair enough. It's okay. But then, yeah, I also had to make a point. And the point being that what, it just actually struck to me that, you know, it is not that it was an ego agenda. See if I wanted to provoke or if I wanted to be arrogant, I would have been arrogant from the very first tweet. I didn't have to wait for my third one. But what would have happened if I tweeted in Kannada. It was a line, which is a very honest one which I think even he respected, and we let we let go of that whole topic, because it was done. Then the extensions, whatever was happening, were very political. We, neither him nor me, were involved in that. Neither did we panic nor were we worried, nothing. I think we were ourselves. Because there was nothing for us to say, it was just between me and him and it was over.

He went on to add, “Finally when the honorable Prime Minister gave the statement, see, that's when I chose to speak back because I think that was wonderful. I spoke as a citizen, I spoke as a Kannadiga too, and I think I spoke as everybody you know, whether I'm sitting here, I think I'm talking on behalf of everybody, including you - Whatever your mother tongue is, whatever you're born with that’s always close to you. Alright, that doesn't mean that we disrespect the other languages, we respect every language. So there is no disrespect among the people here. It is just political. And I welcome that and I'm happy that one topic that I started some time ended with the leader of the country speaking and ending it in such a beautiful manner. And I welcome that one.”

In an earlier statement given by Prime Minister Narendra Modi, he had maintained that his party is a reflection of every Indian language and that all of them are worthy of reverence.