Last Updated 28.11.2021 | 3:43 PM IST
feedback language
follow us on
Bollywood Hungama » News » South Cinema » EXCLUSIVE: “Jai Bhim also talks about how the judiciary and the police department can reinstall justice if they work together”- Suriya

A year after the release of the inspirational film Soorarai Pottru, based on the life of Captain GR Gopinath, actor-producer Suriya is back with yet another real-life story. The actor will next be seen essaying the role of Advocate Chandru in Jai Bhim. The film is based on a real-life case that took place in 1995. It follows Senggeni and Rajakannu, a couple from the Irular tribe of Tamil Nadu. The latter was convicted by the police due to some unfortunate events and was later missing from the police station. Senggeni seeks the help of advocate Chandru to seek justice for her husband. 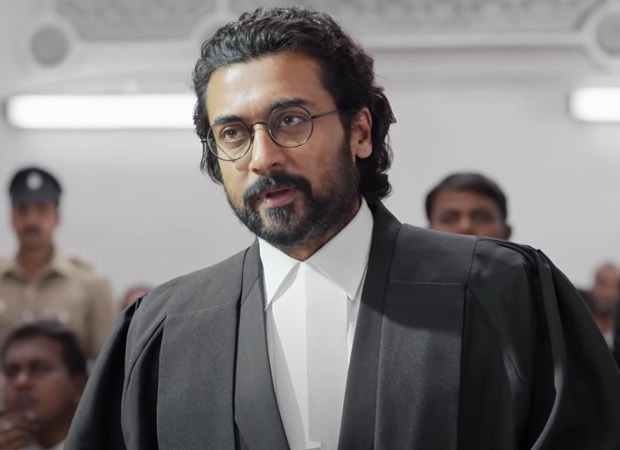 Ahead of the release of the film, Suriya spoke to Bollywood Hungama about the impact he hopes to create with such a story. "I like telling a true story. I think true stories definitely bring in true changes. Be it awareness or faith, be it the grid or the one person being the change maker. So definitely a lot of goodness, a lot of belief can be reinstalled by telling true stories. We have a lot of real-life stories, biopics which have given us a lot of strength during this lockdown time. Be it Shershaah or any sports biopic or Soorarai Pottru. It was appreciated during the lockdown time when we were all losing hope. This film (Soorarai Pottru) gave us a lot of belief, is what most of us got back to us with. So definitely this film (Jai Bhim) also talks about how the judiciary and the police department if they work together, how they can bring back justice and how they can reinstall justice and what it takes to do so."

Further talking about this film, he said, "Sometimes they say that this kind of stuff can happen only in movies but the reality is even more hard-hitting. We were actually not able to get in a lot of details of what actually happened in real life. We are all hoping that this film will again motivate and inspire. This film is also based on Justice Chandru, who has given remarkable judgments. But this film is one of his cases. He has given almost 1 lakh judgments. From whatever I heard, be it a lawyer or judge by the end of his career would have given 8000-10000 judgments. But Justice Chandru had given 1 lakh judgment. So that’s what he has done and he has been a big change maker here at least, for a lot of people here in Tamil Nadu."

The trailer of the film was released a couple of days back and got an overwhelming response. At the trailer launch,  talking about what attracted him to the project, Suriya said, "When this story was narrated to me, it tugged at my heartstrings. The narrative of Jai Bhim represents extraordinary strength and, most importantly, the value of human rights. I hope that I have done justice in portraying this character in the film. With Tha. Se. Gnanavel’s vision as a director, we have been able to put together a film that will travel across borders and connect with viewers at an emotional level."

Jai Bhim will have its world premiere on Amazon Prime Video on November 2, 2021.