With the country under lockdown, everyone is finding new ways to kill their tie at home. Actor Prithviraj Sukumaran treated his fans with a picture of him having a chat with his Classmate co-stars Indrajith, Jayasurya and Narain. 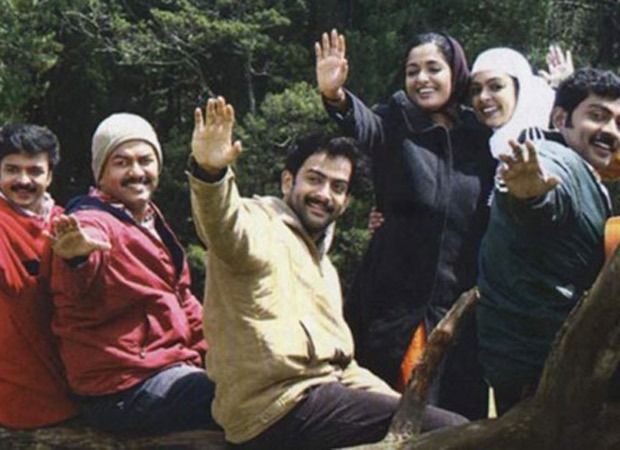 Malayalam movie fans will surely remember the 2006 coming of age romantic thriller Classmates. The film starred Prithviraj, Indrajith, Narain, Jayasuriya and Kavya Madhavan in the lead. The actors had a reunion after nearly 14 years, albeit on video call because of the lockdown. Prithviraj took to his Instagram handle to share a screenshot of their video call. Look at their faces; it seems to have been a fun chat. Sharing the post, Prithviraj wrote, “Classmates. Older and (hopefully) wiser.

The story of the film revolves around the college graduates of 1991 who reunite in the year 2006. However, on the night of the reunion, Prithviraj gets attacked and goes into a coma. The film then unfolds dark secrets from their college days. The film directed by Lal Jose went on to become the highest-grossing Malayalam film at that time and was very popular among the youth. The film was later remade into Tamil as Ninaithale Inikkum and in Telugu and Marathi as Classmates.