Telugu actor Nithiin tied the knot with his long time girlfriend Shalini Kandukur on July 26 in Hyderabad. The wedding was attended by family and close friends of the couple. The wedding was initially supposed to happen on April 16, but was postponed due to the lockdown. 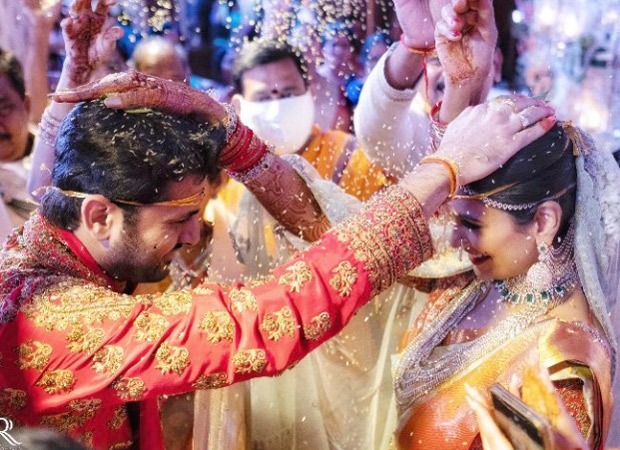 Nithiin also took to his social media handle to share some pictures from the wedding.

Attended the wedding ceremony of Hero @actor_nithiin in Hyderabad. pic.twitter.com/lr5pPDMare

On Saturday, several key members of the Telugu film industry including Pawan Kalyan and Trivikram attended the mehendi ceremony. Actors like Varun Tej, Sai Dharam Tej and Kartikeya Gummakonda were spotted at the wedding ceremony on Sunday.

A Big BIGGGG thanku from the bottom of my heart to our POWERSTAR and TRIVIKAM garu and ChinaBabu garu for comin over and blessin me today on my pellikoduku func!! Really means a lot to me ???????????????????????????????? pic.twitter.com/FnisoavTPH

Thank you very much team #RangDe for making this day, extra special. My fans and friends, Here's a fun teaser from our film with love to you all ❤️ ▶️ https://youtu.be/7tl11V4dB-E @keerthysureshofficial #pcsreeram @thisisdsp #vamsi #SVR @adityamusicindia @sitharaentertainments