Zee TV has been a pioneer and a trend-setter in shaping television content over the past three decades and now the channel is all set to change the face of music reality shows once again with its latest non-fiction property, the Indian Pro Music League (IPML). While we’ve seen many sports leagues over the past few decades, this will be the first-ever music league reality show in the world that infuses the competitive energy of sports into music with super matches, league matches, and so on. Here six teams, representing different regions of India, will battle it out against each other in a musical championship. 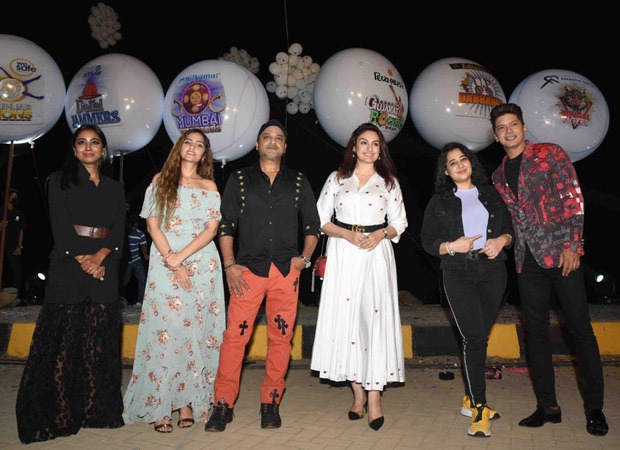 Each of these six teams is supported by leading Bollywood and sports celebrities like Bobby Deol, Rajkummar Rao, Shraddha Kapoor along with Shakti Kapoor and Siddhanth Kapoor, Riteish and Genelia Deshmukh, Govinda along with Sunita and Tina Ahuja and Suresh Raina. Each team also has two top playback singers as their captains along with one reality show star and one fresh voice. The likes of Mika Singh, Kailash Kher, Sajid Khan, Shaan, Ankit Tiwari, Javed Ali, Asees Kaur, Bhoomi Trivedi, Akriti Kakar, Payal Dev, Neha Bhasin, Shilpa Rao will don the hat of captains of the 6 zonal teams.

With the show’s mantra being ‘Music Uncha Rahe Hamara,’ the captains of Mumbai Warriors Shilpa Rao, Shaan, and Akriti Kakar from Bengal Tigers, Asees Kaur from Punjab Lions, Payal Dev from UP Dabbangs, Bhoomi Trivedi from Gujarat Rockers and Sajid Khan from Delhi Jammers came together for a grand spectacle at the Bandra Fort in Mumbai where they set giant helium balloons with musical notes soaring into the sky. From speaking about the show to calling out their war cry to chanting the show's mantra, the singers were seen in a competitive mode. The grand spectacle created a breathtaking visual for one and all and proved once again that music is above all and will always be the biggest unifier for mankind.

Captains of Smule Delhi Jammers Sajid Khan, Neha Bhasin said, “Today, we gave everyone a feel of the show and launched these giant helium balloons into the Mumbai sky to show that whatever happens music uncha rahega humara.”

Ananya Birla Foundation Bengal Tigers captains Shaan and Akriti Kakar added, “To create a grand spectacle and to convey our motto of ‘Music Uncha Rahe Humara’ we launched so many balloons into the sky and it was a mesmerising view. We are sure it will be a show to watch out for!”

Captains of Nilkamal Mumbai Warriors Kailash Kher and Shilpa Rai said, “We are happy that we launched the show in the city with such a grand celebration and we are excited to be at this fantastic show.”

Eduauraa UP Dabbangs captains Ankit Tiwari and Payal Dev said, “While we all will compete against each other, having such renowned musicians battling it out and singing new versions of their iconic songs, it will be a victory of music at the end. We are looking forward to this musical journey.”

Divya Bhaskar Gujarat Rockers captains Javed Ali and Bhoomi Trivedi said, “This grand spectacle launch was a treat to the eyes and we hope the audience loves the show as much as we enjoy shooting for it.”

WeSafe India Punjab Lions captains Mika Singh and Asses Kaur said, “In a country where music binds everyone, we are looking forward to creating some great music and memories.”