We would probably not have known about the death of poet-lyricist Yogesh Gaur had Lata Mangeshkar not tweeted about it. Among the   most articulate lyricists of Hindi cinema, Yogesh was the quietest. Though he formed an immensely productive partnership with composer Salil Chowdhary, and this togetherness yielded one of Hindi cinema’s best songs 'Kahin Door Jab Din Dhal Jaye' in Hrishikesh Mukherjee’s Anand, Yogesh never got his dues in  the Mumbai industry. 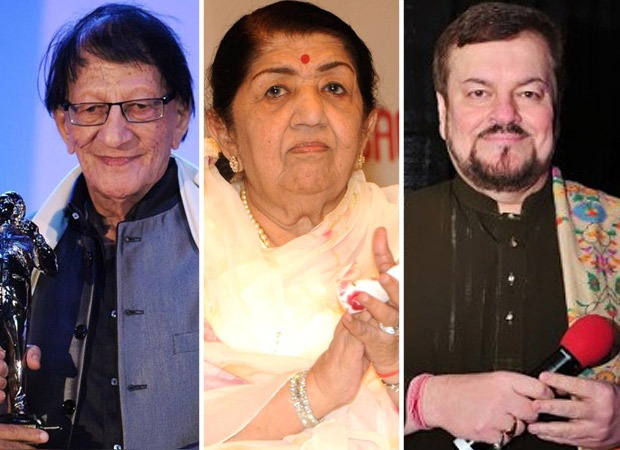 Lataji remembers Yogesh’s poetry with great fondness. “Some of my most cherished songs  were written by Yogeshji. He was such a quiet genius. His words were taken from normal conversation and yet so poetic. My songs 'Rajnigandha Phool Tumhare' and 'Na Jaane Kyun' from the films Rajnigandha and Choti Si Baat are  popular to this day. But, there are other lesser known songs that Yogeshji wrote for me that were equally beautiful, like 'Raaton Ke Saaye' in Annadata, 'Madhbhari Yeh Hawayein' in Anokha Daan, 'Tumne Diya Piya' in Uss Paar. These are among my most beautifully written songs. But my favourite lyric by Yogeshji is 'Kahin Door Jab Din Dhal Jaye' (sung by Mukesh in Hrishikesh  Mukherjee’s Anand).”

The late Hrishikesh Mukherjee, in whose Mili Yogesh wrote two of his finest songs 'Badi Sooni Sooni Hai Zindagi' and 'Aaye Tum Yaad Mujhe', once told he thought the poet was shortchanged. “Yogesh and I did Anand and Mili together and he wrote so beautifully in both the films. In fact, do you know,  'Zindagi Kaisi Hai Paheli' was to be played in the background for the opening credits in Anand? It was Rajesh Khanna, who insisted on singing it on screen. He felt we were wasting a beautiful song in  the background. And he was right! I wish I had worked  more with Yogesh. But you know how it is in this industry. One forms  comfortable partnerships and misses the  opportunity to work with some great talent in the process. Madan Mohan is a such a great composer. But I worked only once (in Bawarchi) with him,” said Hrishida regretfully.

Many feel Yogesh’s best lyrics were sung by Mukesh. Not just the immortal 'Kahin Door Jab Din Dhal Jaye' (contrary to  popular belief Yogesh did not write the other popular Mukesh number  'Maine Tere Liye' in Anand which was by  Gulzar).

Mukesh’s son Nitin Mukesh certainly feels indebted to Yogesh. “Such a sad loss. Yogeshji was the perfect gentleman and so softspoken. And what an artiste! In all humility, I’d like to mention three of my most favourite songs of papa where the lyrics played the most important part in the overall beauty of the song. These songs were 'Kahin Door Jab Din Dhal Jaye' in Anand,  'Kai Baar Yuhi Dekha' in Choti Si Baat and 'Nain Hamare Saanjh Sakare'  in Annadata.”

Nitin Mukesh recalls his father’s fondness for Yogesh and his poetry. “Although Yogeshji  was decades junior to Papa, Papa had great regard for Yogeshji’s work and was always happy to sing his poetry. Amongst the great lyric writers of his times, Yogeshji was considered very special by Papa. In fact, my father won the National award  for 'Kai Baar Yunhi Dekha' which Yogeshji wrote. But if you ask me, my personal favourite song written by this underused poetic genius is 'Nain Hamare Saanjh Sakare' ...Wah!”