Aditya Chopra’s directorial debut, Dilwale Dulhania Le Jayenge, released on October 20, 1995, and emerged as one of the greatest blockbusters of all time. Starring Shah Rukh Khan and Kajol, the love story has been loved by viewers of all ages and also holds the record of being the world’s longest running film. The film ran for 24 years continuously at Mumbai’s Maratha Mandir theatre until cinemas were shut in India due to the Covid-19 outbreak. From November 5, Dilwale Dulhania Le Jayenge resumed playing at Maratha Mandir until April 2021, when cinemas were shut again in Mumbai. 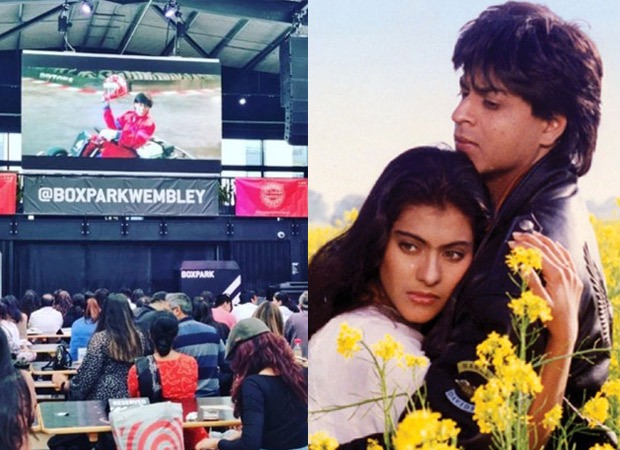 The theatres in Mumbai still remain shut. But Dilwale Dulhania Le Jayenge managed to make it to the big screen once again, that too on foreign shores. And surprisingly, it managed to get a huge audience turnout!

The bookings opened very early, on August 6, and surprisingly, the demand was such that 30 extra seats had to be added for the show in Birmingham. Yet, a day later, those 30 seats were also grabbed by the viewers. In short, Dilwale Dulhania Le Jayenge’s September 4 show was sold out on August 7 itself! This prompted organizers to add 500 more seats for the screening in London.

Manan Shah, who was present for the show at London, told us, “The experience was fantastic. There were more than 300 people in the show. Not just Indians but many other South-East Asians were also there. A few localites too made it and they were seen enjoying the film. Audiences were clapping throughout and they hooted loudly at Shah Rukh Khan’s entry. And during the climax fight, viewers were cheering for Shah Rukh. It gave me goose bumps. I never thought that I’d get to have such an experience in London, that too for a 26-year-old film!”

“As an actress, many people remember me by…