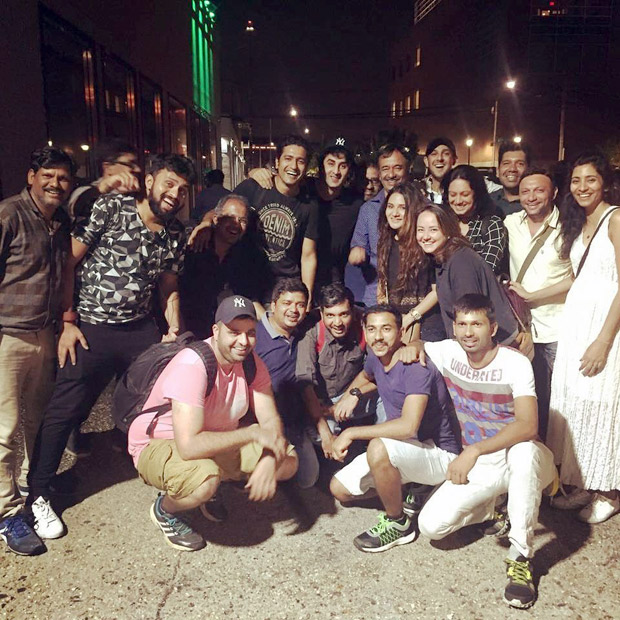 After rigorous promotions of his much-awaited film Jagga Jasoos, Ranbir Kapoor headed to New York on Saturday, July 15 post the release of his film. The actor was in New York to shoot some parts of Sanjay Dutt biopic in NYC.

Now, it has been learned that the cast and crew have wrapped up the New York schedule of the film. Vicky Kaushal, who is all starring in the film, announced the wrap up with a group photograph featuring Ranbir Kapoor and director Rajkumar Hirani. He captioned it, "NYC schedule wrap! #SanjayDuttBiopic."

Sanjay Dutt biopic is directed by Rajkumar Hirani and it also stars Anushka Sharma and Sonam Kapoor, who shot their parts earlier this week in New York. It is slated for release next year. Besides this, Ranbir Kapoor will be starring in Ayan Mukerji's superhero flick tentatively titled Dragon with Alia Bhatt. Co-incidentally, Vicky Kaushal is also starring with Alia Bhatt in Meghna Gulzar's Raazi.