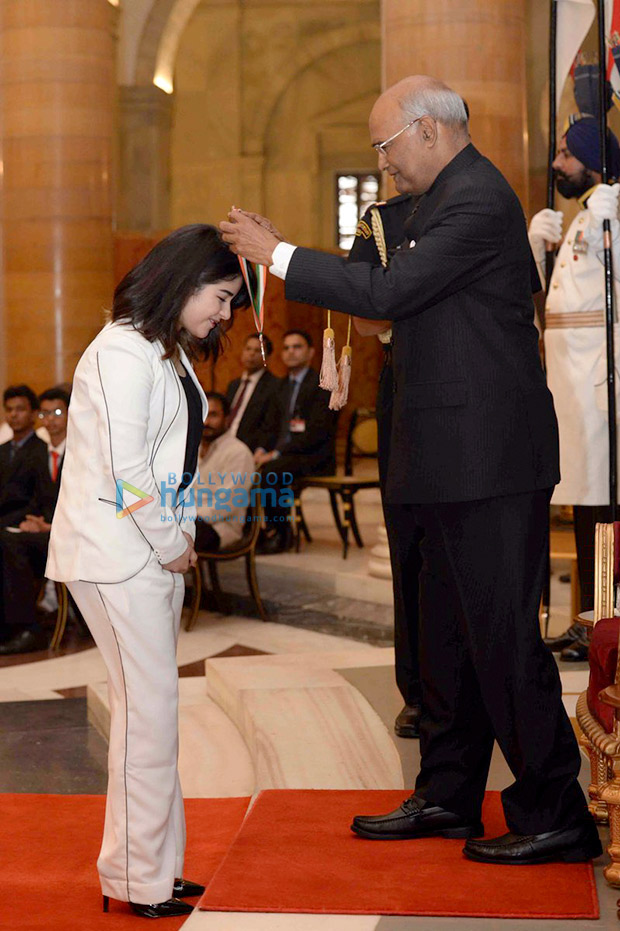 Zaira Wasim is definitely the new star on the block. The teenager, who made her Bollywood debut with Dangal last year, received accolades from critics and audience for her performance as a young wrestler, Geeta Phogat. Since then, the teen actress has starred in her second film Secret Superstar which released last month.

Now, adding another feather to her cap, Zaira Wasim received the National Child Award from President of India, Ram Nath Kovind on Children's Day. On November 14, the President of India's Instagram handle shared a photograph of the President presenting Zaira Wasim with her medal and honour. The caption on the photo read, "President Kovind presents @zairawasim_ National Child Award for Exceptional Achievement 2017, in the field of Performing Arts.” 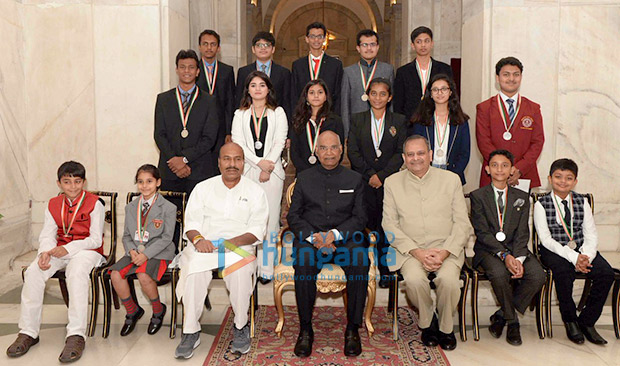 The post further read, “Zaira Wasim, born on 23rd October 2000, is already an actor of repute. At such a tender age, she has featured in various films drawing attention to burning issues such as child marriage, sexual abuse and above all gender parity. Through her art, Zaira has propagated the message of Beti Bachao Beti Padhao very strongly. She has been successful in conveying a powerful message of transcending social barriers and achieving one’s dreams and thereby has served as a source of inspiration for many young girls, who are aspiring to make their mark in the world. Zaira is a winner of the National Film Award and Zee Entertainment Award for The ‘Best Child Artist’ 2017."

Zaira Wasim is also being lauded for her powerful performance in Secret Superstar by audiences and critics alike. Overwhelmed Zaira shares, "It is a privilege for me to receive the National Child Award. Its truly inspiring and has encouraged me a lot more to work even harder for the betterment of women and the children of our society I'm overwhelmed by the love and honor that has been bestowed on me."

Owing to her successful act as a young aspiring singer in Secret Superstar, Zaira Wasim added another feather to her cap by winning The Best Child Artist of 2017.

Meanwhile, Zaira Wasim was recently seen in Advait Chandan's film Secret Superstar which was produced by Aamir Khan Productions. Secret Superstar is as based on a teenage girl named Insiya, played by Zaira Wasim, who sets out to follow her dream of being a singing superstar under the confinement of anonymity.