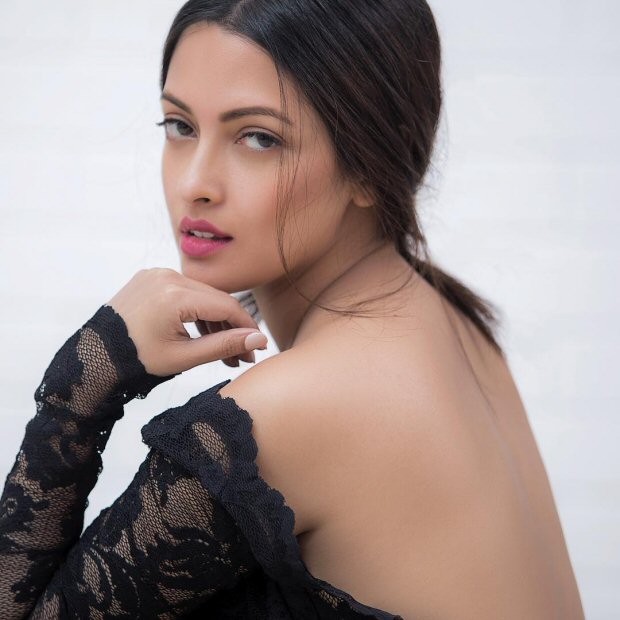 Riya Sen is 36 years old but it seems like she hasn’t aged since the time we saw her cute-and-hot combination in Falguni Pathak’s indipop song ‘Yaad Piya Ki Aane Lagi’ almost 17 years ago. She then went on to work in many Hindi films and also Bengali and Southern movies. Her looks are such that she can still pass off as a college student. And it’s this factor that has really given her an edge as compared to her contemporaries.

In her latest picture too, she looks obviously hot and also like a girl who has just entered her 20s. Posted by the actress on her Instagram handle, the picture features Riya wearing a backless black net dress. The picture is clicked from behind and Riya Sen’s hot back can be seen that surely soars the temperatures. What also ups the hotness quotient is Riya’s pose and the killer way in which she’s looking at the camera.

Just last month, Riya Sen tied the knot with her long-term boyfriend Shivam Tiwari at a private ceremony in Pune. On the film front, she was last seen in Dark Chocolate which was loosely adapted from the real life murder mystery of the Sheena Bora case.