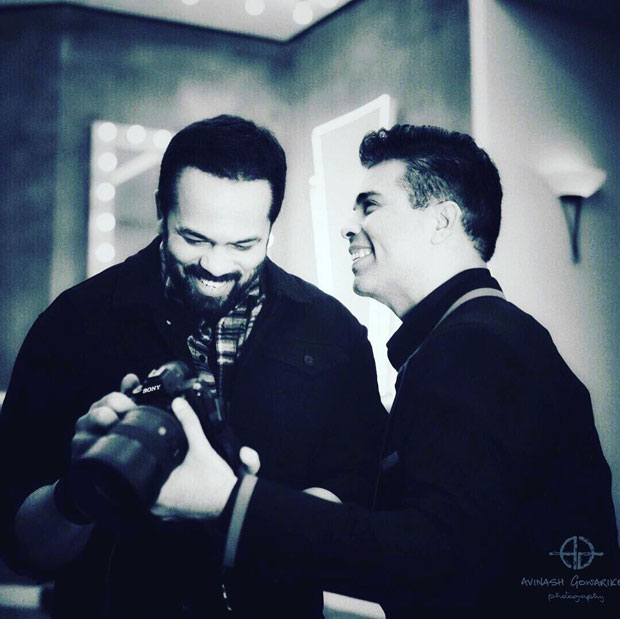 Karan Johar has rarely worked with an established commercial director. Mostly, he has launched filmmakers and they are the ones who keep churning out films for his banner, Dharma Productions. In a few rare instances, he has produced films directed by ‘outsiders’ like Gauri Shinde (Dear Zindagi) and Shaad Ali (OK Jaanu). As a result, it was a huge thing when Karan Johar announced that he’ll be collaborating with blockbuster director Rohit Shetty for Ram Lakhan remake. Sadly, the film couldn’t go beyond announcement stage as it was difficult to find actors for this two-hero film. But they strongly desired to work with each other. So when Ram Lakhan remake didn’t work, they decided to collaborate on Simmba, the official remake of the Telugu hit Temper.

Before Simmba goes on floor, Karan Johar and Rohit Shetty are all set to team up for India’s Next Superstars. Both will be seen as judges on the show and it seems both are looking forward to this new venture. Today, Karan Johar posted a lovely picture on his Instagram handle that depicts their happiness. It’s shot in black and white and shows Rohit and Karan looking at something on the DSLR, held by the former, and gushing over it. The black and white effect, the happy expressions of both the filmmakers and even the make-up lights in the background make for a great impact. Karan has credited the ace photographer Avinash Gowariker for clicking this lovely image.

Simmba is also partly produced by Rohit Shetty and Reliance Entertainment and it releases on December 28, 2018. Ranveer Singh is the leading actor and a hunt for the leading heroine is underway.