Last Updated 28.09.2022 | 11:35 PM IST
feedback language
follow us on
Bollywood Hungama » News » Bollywood Features News » Wow! This is the FIRST WAX STATUE of Kajol and we love it!

Not too long ago we had reported that Kajol will be taking off to Singapore. It wasn’t just to spend summer time with her daughter Nysa but also for something important. It was to unveil her first wax statue at Madame Tussauds. 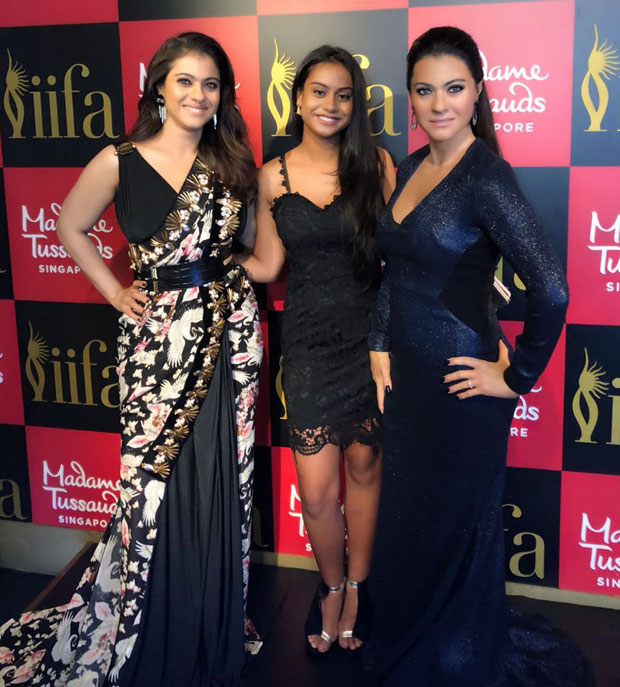 Wow! This is the FIRST WAX STATUE of Kajol and we love it!

Today, the Bollywood section of the Madame Tussauds in Singapore welcomed their new guest Kajol. For the unveiling ceremony, accompanying her was also her daughter Nysa. Earlier we had mentioned that Nysa is in the city for her higher studies. The actress looked elegant in her saree-dress during her appearance. She was seen twinning with her daughter who too chose a black outfit for the special occasion.

If reports are to be believed, fans of Kajol were given an opportunity to meet and interact with the actress. And we are sure they were enthralled to see their idol amidst them! Excited about the moment and thrilled about having her daughter join her at the red carpet, the actress also posted about it on social media.

Kajol, who was last seen in the South film VIP 2, is gearing up for her next Bollywood film – the Pradeep Sarkar directorial tentatively titled Eela. Hailing from a filmy family, the actress has won about six Filmfare Awards in her career. She holds the record of longest running film in theatres, Dilwale Dulhania Le Jayenge wherein she co-starred with Shah Rukh Khan. Her popularity with the superstar Khan has led to many blockbusters like Kuch Kuch Hota Hai, Kabhi Khushi Kabhie Gham among others.

Also Read : Eela is still the tentative title of Kajol’s next