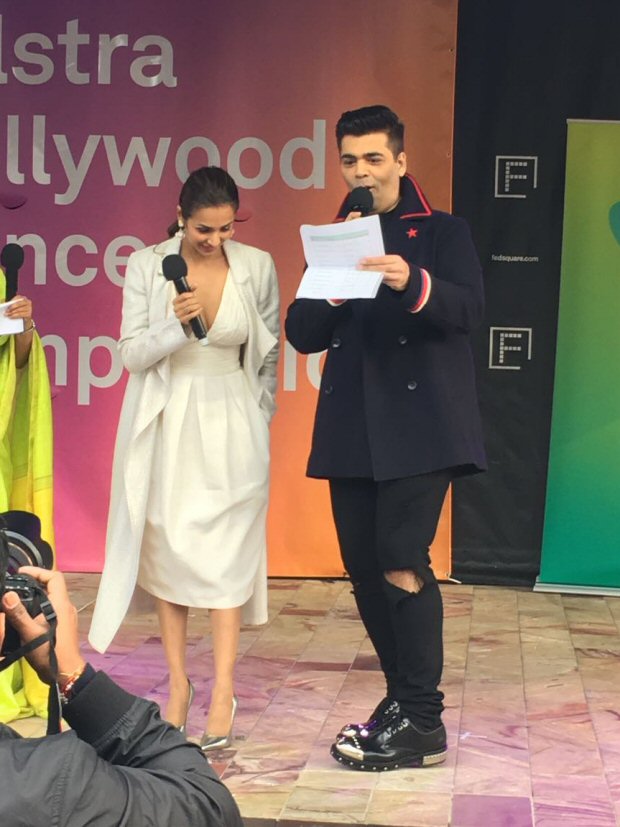 Karan Johar always makes it a point to dress in style, just like the characters in his films. On the other hand, Malaika Arora is known to turn heads wherever she goes, also because of her styling, besides her sex appeal of course. Both are good friends and when they came together for an event, both rocked the show with their respective choice of clothes. 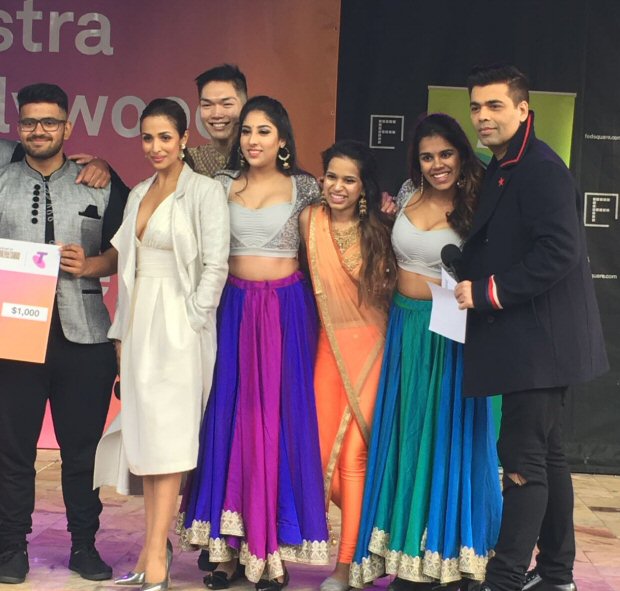 The event was a part of the Indian Film Festival of Melbourne that is currently going on in Australia. It was a dance competition and both Karan Johar and Malaika Arora were called there to give out prizes to the winners. Karan Johar can be seen dressed in black with a few colours thrown in, in small measures. His torn jeans and his funky shoes also make an impact. Malaika Arora meanwhile can be seen in a sexy white dress. She teamed it up with a jacket, also in white, and it looks great on this actress. 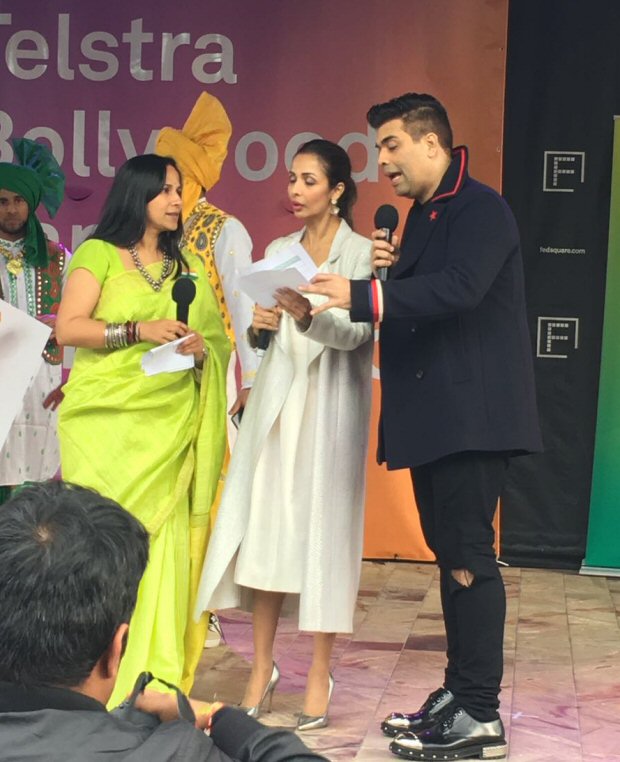