Last Updated 26.11.2022 | 6:03 PM IST
feedback language
follow us on
Bollywood Hungama » News » Bollywood Features News » From working with legends to going solo, Vivaan and Akshara have a lot in common 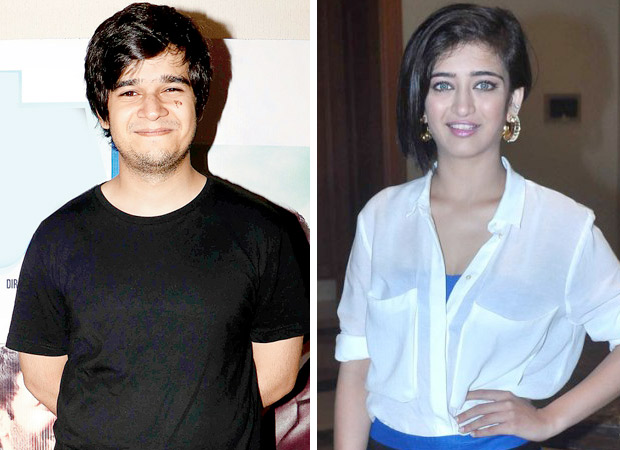 So what's common between Vivaan Shah and Akshara Haasan who are paired opposite each other in the family flick Laali Ki Shaadi Mein Laaddoo Deewana? Well, other than being star kids of Naseeruddin Shah/Ratna Pathak Shah and Kamal Haasan/Sarika respectively, they have another major commonality. Both the youngsters started their career by working with a legendary actor each. While Vivaan worked with Shah Rukh Khan in Happy New Year, Akshara had quite a few scenes with Amitabh Bachchan in Shamitabh.

From working with legends to going solo, Vivaan and Akshara have a lot in common

Says a common friend of Vivaan and Akshara, "Call it a coincidence but Vivaan and Akshara had a major actor each as a guiding force when they started their career. Shah Rukh Khan was not just the leading actor of Happy New Year but also the producer of the Farah Khan directed film, so he pampered each of his actors in a big way, right from Deepika Padukone to Vivaan Shah, who just had a cameo in Priyanka Chopra's 7 Khoon Maaf before. He made sure that Vivaan got all the right attention on the sets and comfort while preparing for the scenes. During the promotion of the film too, he made sure that Vivaan found a very good platform for him despite being one of the six major actors in there."

On the other hand Akshara too has fond stories to narrate when it came to her career kick-starting with none other than Amitabh Bachchan. While she had Dhanush as her co-star, there was good screen time between her and Big B too that helped her in learning the craft. Since the veteran actor is known for his perfection when it comes to getting the shot right, Akshara had a first-hand experience to get the nuances of facing the camera and delivering her dialogues.

"By observing no one but the best, Vivaan and Akshara stepped onto the sets of Laali Ki Shaadi Mein Laaddoo Deewana with greater confidence," informs a senior crew member, "This time around, they didn't have the shield of a senior actor leading the show. The film is cantered on them, which means there was no scope for them to deviate from what was expected out of them. They had to deliver nothing but the best and it was the training ground that they explored with Amitabh Bachchan and Shah Rukh Khan that came in handy."

If the promos of the film are any indication, the youngsters have come up with a confident act and the little experience that they have gained so far has come in handy. As for the manner in which they have led the entire film on their shoulders, it would be known once the film releases all over this Friday.