Bonafide star kids – Jhanvi Kapoor and Sara Ali Khan are perhaps the most talked about star kids who have managed to engage us consciously with their shenanigans. Touted to make their big debuts this year, Jhanvi Kapoor with Shashank Kehtan’s Dhadak and Sara Ali Khan with Abhishek Kapoor’s Kedarnath, the millennials are fashionistas who have given us an ample glimpse of their sartorial endeavours every time they step out. Right from rocking those sultry dresses, nailing travel style, exuding subdued glamour in ethnic ensembles to getting their gym style on point, Jhanvi Kapoor and Sara Ali Khan often find themselves pitted against each other! A similar fashion face off ensued when the ladies in question took to the ethereal white in their most recent sighting. While Jhanvi Kapoor was snapped leaving a suburban eatery with her family, Sara Ali Khan attended the anniversary celebrations of Kanta Motwani’s salon, Kromkay. Keeping up with much loved millennial vibe of minimal style, we loved how Jhanvi and Sara made a point with their white ensembles.

Enjoying a massive fan following, courtesy their stylish shenanigans at high-profile parties and random appearances, Jhanvi Kapoor and Sara Ali Khan have inherited the genetic jackpot of good looks coupled with grace and poise bearing a distinct resemblance with their respective mothers, Sridevi and Amrita Singh. While some of their recent outings have cheekily suggested a blossoming friendship between the duo, here’s how the divas fared in the fashion war. 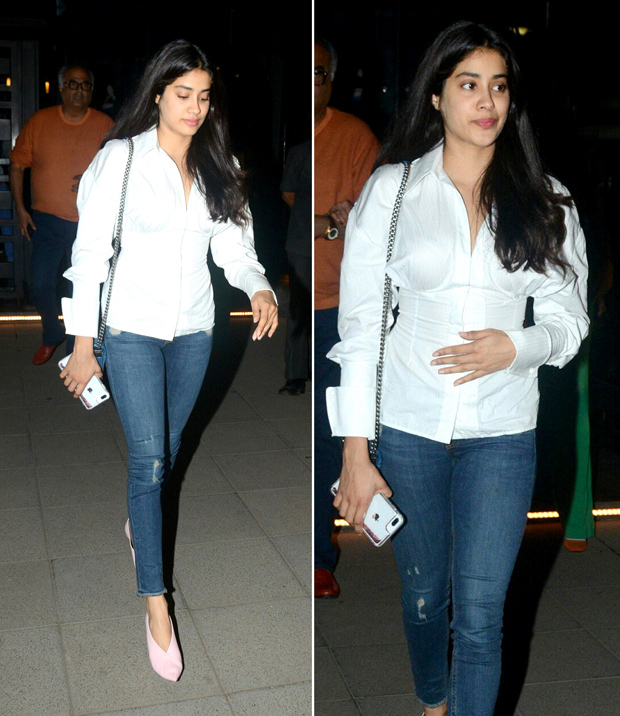 Jhanvi Kapoor teamed a white long sleeves shirt with fitted denims and added a dash of pink with curved heels. A chain sling, a barely-there makeup and centre-parted wavy hair left open rounded out her #OOTN. 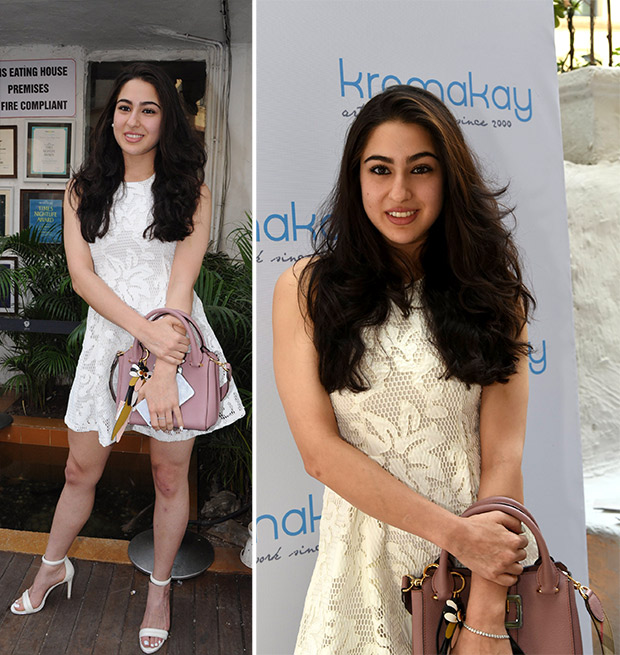 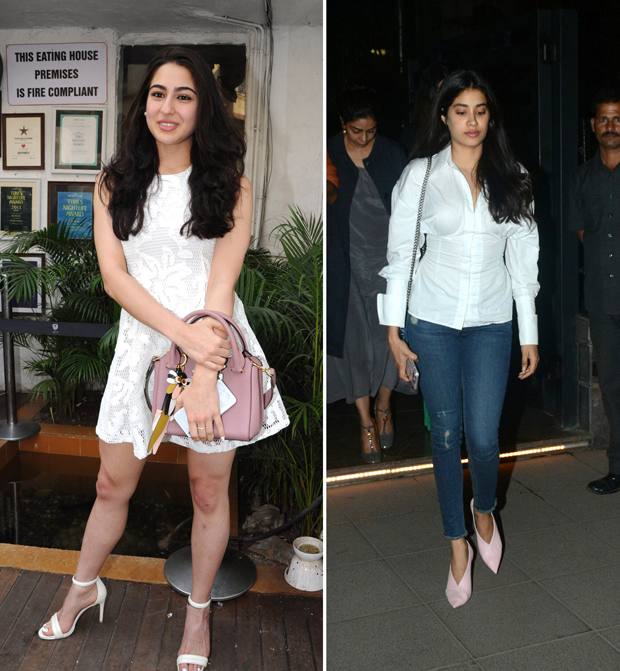 Playing muses to some of the most sought-after designers, Jhanvi Kapoor and Sara Ali Khan have us hooked and booked! Raising a storm with their striking looks coupled with an impeccable style sense, the duo is yet to make their celluloid debut but are leaving no stone unturned to up the glamour quotient every time they step out. While Jhanvi Kapoor’s casual dinner date look was fuss-free but alluring, Sara Ali Khan’s breezy look summed up the perfect brunch look we would want on a Sunday! Flaunting millennial style with a whiff of confidence, we love both their looks and can’t really seem to pick one!

Do let us know your favourite star kid who rocked white to the hilt!

Jhanvi Kapoor will debut opposite Ishaan Khatter in Dhadak which a remake of the phenomenal Marathi film, Sairat. Sara Ali Khan will be seen debuting opposite Sushant Singh Rajput in Kedarnath.