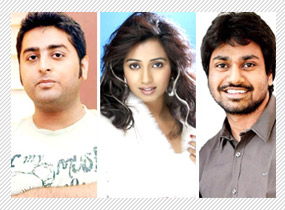 As the awards season in Bollywood heats up, it's time to announce the results of the Bollywood Hungama Surfers Choice Music Awards 2013. While most of you are eagerly wondering whether your favourite nominee made it to the final list, we would like to inform you that the winners have been selected based on the number of votes acquired by each of the contenders. Besides, in order to ensure zero spamming and nullify multiple votes, we made the voting system go through a fool-proof 3-step process of Email Validation, Cookie Check and IP check.


So sans much ado, here are the winners:


The winner of the Best Soundtrack of 2013 is Aashiqui 2. The album that took off to a flying start creating a rage among listeners became one of the most heard tunes across the air waves. In fact Jeet Ganguly, Mithoon and Ankit Tiwari did a marvelous job in carrying forward the legacy of Aashiqui through the music.


Following Aashiqui 2 was Yeh Jawaani Hai Deewani which featured music by Pritam and Raanjhanaa that had music by A. R. Rahman.


Arijit Singh, who made his debut as a playback singer in 2007, tops the charts with his rendition of the superhit track 'Tum Hi Ho' from Aashiqui 2. Garnering the maximum number of votes, the track firmly holds the first slot beating all the other songs with a huge margin.


Clocking another win for Aashiqui 2 is Shreya Ghoshal, who was voted as the Best Playback Singer Female for the track 'Sunn Raha Hai'.


Shreya features once again as the runner-up in this category for her song 'Nagada Sang Dhol' from the film Goliyon Ki Rasleela Ram Leela.

A picture is worth a thousand words, but a tune sans the lyrics is just sound. Winning the award for the Best Lyricist this year is Mithoon for his heartfelt composition of 'Tum Hi Ho' from Aashiqui 2.


Yet again, Aashiqui 2 dominates this category as Sandeep Nath is the runner-up for penning the song 'Sunn Raha Hai'.


As far as music is concerned, 2013 belongs to Aashiqui 2 with yet another win as 'Tum Hi Ho' is voted as the Best Song for the year by the masses.


This is followed by yet another hit track 'Sunn Raha Hai' again from Aashiqui 2 as the runner-up.


Each year we see music videos from films pushing the envelope vying for maximum popularity. This year, it's the song 'Malang' from Dhoom 3 that has been voted as the Best Music Video.


Following this as the runner-up is the superhit song 'Badtameez Dil'.


What is a Bollywood film sans the proverbial song and dance sequence? Well, staying true to this legacy, each film has its very own special dance number. This year, winning the award for the Best Choreographed Song is the track 'Badtameez Dil' from the Ranbir Kapoor, Deepika Padukone starrer Yeh Jawaani Hai Deewani.


Runner up in this category is 'Nagada Sang Dhol' from Goliyon Ki Rasleela Ram Leela which again features Deepika.