Ever since its first poster, the Kangana Ranaut and Rajkummar Rao starrer Mental Hai Kya has been making news. Its dark yet quirky theme seems to be grabbing quite a bit of attention. Promising to explore a rare genre of dark comedy in Bollywood, the makers are on a poster releasing spree this week. 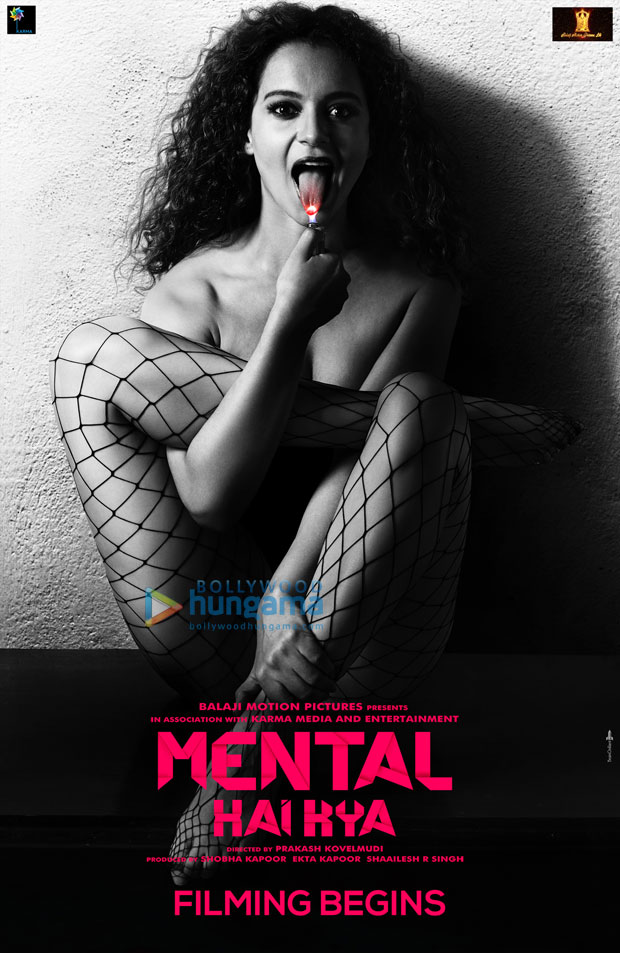 Mental Hai Kya went on floor this week. And now, Kangana Ranaut has gone a step further for this latest poster. She has bared it all for this look and is posing only in a pair of fish net stockings. Her recent poster for the film, we must say, is definitely spunky and also makes a rather bold statement.

The recently released posters also time and again have been asserting that ‘Sanity Is Overrated.’ While we are still unaware of the plot, the actress had earlier mentioned that the film is no way just a crazy comedy. It has layers of mystery and as the poster mentions, be open to welcome some insane elements. 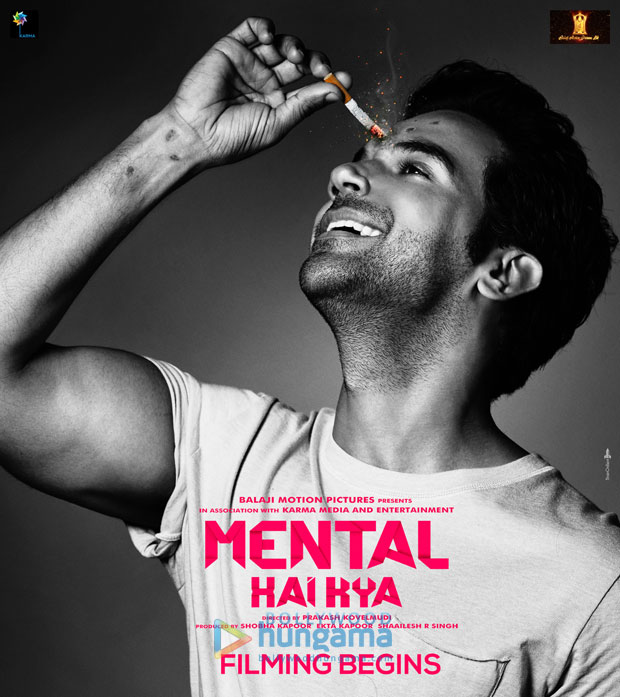 Mental Hai Kya, is directed by Prakash Kovelamudi and is being produced by Ekta Kapoor's Balaji Motion Pictures and Shaailesh R Singh's Karma Media and Entertainment. The film begins filming this month with their first schedule in Mumbai before the cast and crew gear up for London.