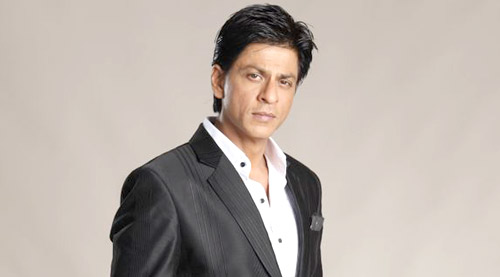 Some politician whose name I don't know proved exactly what Shah Rukh Khan said about our country growing alarmingly intolerant when the aforementioned neta accused Shah Rukh's heart to belong to Pakistan, and called him, gulp, a desh drohi.


And we thought KRK was the one who played Desh Drohi in a movie of that name. Yeh Shah Rukh kab se desh drohi ho gaya, bhai?


Wait wait. If you say we are becoming a nation of intolerance you get branded a desh drohi?


How tolerant is that!


And here we are thinking Shah Rukh ka dil hai fully Hindustani. By accusing SRK's heart of being Pakistani the neta, in all his wisdom, proved SRK's point. Intolerance is now a way of life in India. We might as well declare it our second language. Don't like something? Ban it. Don't like what Shah Rukh said? Damn him.


Damn it! Should we take this kind of vilification of an Indian icon lying down? If I was SRK I'd be disappointed by the lack of response generated by this malicious and malignant attack on his Indian identity.


Now when uncontrollable elements from politics have unleashed a banshee of venomous comments on SRK all his friends are quiet, probably saving their own skin. Or waiting for it all to die down before making the right noises.


I spoke to a close friend of SRK asking why no one is coming forward to say what we all feel? That to suggest SRK is less unpatriotic than you or me is to tacitly endorse verbal anarchy. Today they say Shah Rukh's heart belongs to Pakistan. Tomorrow they may say the Taj Mahal stands in Agra but its architecture belongs to Pakistan.


SRK's friend said, "Yeh industry zinda laashon ki baraat hai. They all dress up in their best clothes, talk the language of amity. But are cowards from inside."


We are living in dangerous times when muscled guys can no longer be referred to as beefcake. And if you are a fan of Kamal Amrohi's film better refer to it as 'Aakeezah'â€¦.Pak gaye ,boss! And housewives no longer shout, 'Mooh haath dholo Khaanaâ€¦.err..pak gaya hai.' Because you are not allowed to go there even on your dining table.


I remember how pained Shah Rukh was when he was attacked some years ago for suggesting that the IPL may be allowed to include Pakistani players. Back then too it was suggested that Shah Rukh was less Indian than all of us just because he didn't believe Pakistan to be a dirty word.


Shah Rukh had said to me, "I feel deeply saddened by the whole thing. I was privileged to have a father who was a freedom fighter. Not too many of us can claim such a privilege. My father once said to me, 'I had a hand in your birth. But I also had a hand in the birth of a free India.' I didn't want my father's struggle to go to waste. When my son is as old as me, I want him to be as proud of me as I am of my father."


We are all very proud of you, Shah Rukh. Green or saffron, phir bhi dil hai Hindustani. Both the colours look equally good on you.