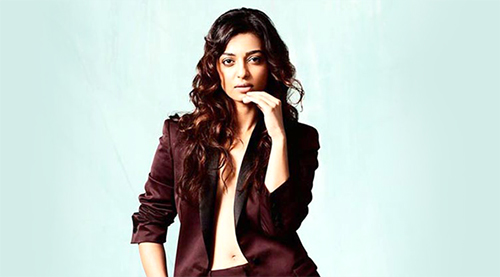 Almost a year back, around the same time, an MMS featuring a star actress, who was just getting a threshold in Bollywood, purely on the basis of her hard work, grit, determination and perseverance, had made headline news. We are indeed talking about the 'gutsy' lady Radhika Apte, whose 14 seconds' partial nude video spread like wild fire.

In no time, Anurag Kashyap stepped forward and stated that this was scene from his 20 minutes international short film. He went so furious over the miscreants who had leaked the clip and even filed a police complaint in Mumbai seeking help from the cybercrime cell and had also notified WhatsApp and Facebook to check into the matter. On the other hand, Radhika Apte, who chose not to react over the leaked MMS video, put up a brave front.

In one of her interviews, when she was asked about the reaction of her family to the leaked MMS, she said that when the clip got leaked out, she sent it to her parents! Immediately, her father texted her with a quote from Albert Einstein that stated, "The society is frivolous at large". He also advised her not to waste even two minutes thinking about what people were saying. Needless to say that, she is a proud and confident girl today.

Not many know that the beautiful Radhika Apte, who is majorly known for her unconventional roles, happens to be a married lady with her music composer husband living in London. While she doesn't deny that it's tough to be in a long distance relationship, she attributes their success to the fact that their priorities are clear and that they are extremely compatible. While she calls him as many as 50 times a day, the vice versa also holds true.