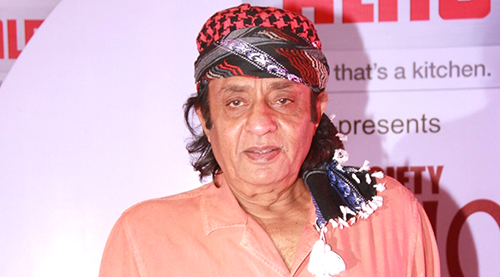 While it is not a surprising fact to see an actor being associated with his onscreen characters, it is often the ones who are known for their negative image who bear the brunt

of it. From Prem Chopra to Ranjeet to Gulshan Grover, their characters as baddies are so well-rooted in our minds, that rarely do we take their real life personality into consideration.


In a candid interview that veteran actor Ranjeet gave recently, the actor made some confessions about his life, his career, how it all started and how his image affected his personal life. Ranjeet

made a statement during the interview where he spoke about how parents would refuse to give their daughter's hand for marriage to him due to his 'villain' avatar in films. According to him, 'women

found him creepy' and hence parents too would refuse marriage proposals from him. In his own words, the actor described his career where he first played a molester in Sharmelee and his image

as a rapist continued to be a hit formula in many films. He also spoke about how his parents were furious on seeing their son play the role but he expressed his gratitude towards Rakhee who

explained to them about his roles in films. However, this had left a drastic impact in the minds of fraternity people, especially actresses. Reminiscing about an incident, Ranjeet even stated about

how Madhuri Dixit was afraid to shoot a rape scene with him in Prem Pratigya.


In the same breath, he also mentioned about his crazy fan girls as well as live-in relationship with a girl which definitely moved to marriage but ultimately went kaput, a year and a half after


As of now, Ranjeet continues to do films while his daughter Divyanka is a fashion designer and his son Chiranjeev is looking at taking up acting soon.

Watch: Madhuri Dixit had the perfect…