The web series space has exploded in India tremendously in the last few years with a lot of them getting popularity. But the kind of reception that MIRZAPUR [2018] received is unparalleled. Despite being a very violent show, MIRZAPUR found acceptance from all quarters. What’s more, the various memes of the series became a rage and kept its craze alive among viewers. The sequel was eagerly awaited and arguably is the most awaited web series of 2020. Now that it’s finally out, does MIRZAPUR 2 manage to live upto the expectations? Or does it fail to impress audiences this time? Let’s analyse. 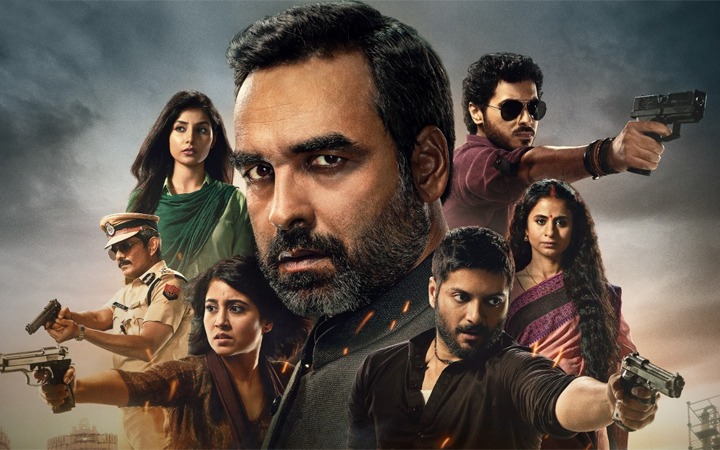 MIRZAPUR 2 is the story of revenge and redemption. After Munna’s (Divyenndu) ghastly attack at the wedding reception that took the lives of Bablu (Vikrant Massey) and Sweety (Shriya Pilgaonkar), Guddu (Ali Fazal), Dimpy (Harshita Shekhar Gaur) and Golu (Shweta Tripathi Sharma) escape. They take refuge in a remote dispensary in Balia run by a doctor (Dibyendu Bhattacharya). The doctor is taken hostage and is forced to treat Guddu who is grievously injured. Meanwhile, Munna too gets hurt in the firing at the reception but manages to reach his place in Mirzapur where he recuperates. Home Minister J P Yadav (Pramod Pathak) gets lambasted by the Chief Minister Surya Pratap Yadav (Paritosh Sand) for not being able to control the violence in Uttar Pradesh at a time when elections are round the corner. J P Yadav goes and blasts Kaleen Bhaiya (Pankaj Tripathi) for the menace. Frustrated by J P’s bickering, Kaleen Bhaiya directly meets CM Yadav and strikes a deal with him. He promises to increase his vote base in Mirzapur and control gun violence. In return, he requests Yadav ji to remove J P Yadav’s interference in his life. In Jaunpur, Sharad (Anjum Sharma) takes over the reins of his father Rati Shankar Shukla (Shubrajyoti Bharat) ably. Munna lands up at his house one day and tells him that he wants to take over Jaunpur now that Rati Shankar is no more. Munna expects Sharad to obviously retaliate. To his surprise, Sharad agrees and asks Munna to let him rule Jaunpur under his guidance. Kaleen Bhaiya is surprised that they got control of Jaunpur without firing a single bullet. Finally, he realizes that Munna is capable of succeeding him. In Tripathi’s residence, Satyanand Tripathi (Kulbhushan Kharbanda) now begins to ask for more sexual favours from Beena (Rasika Dugal). Beena at first refuses but then decides to take revenge but in her own way. On the other hand, Guddu, Dimpy and Golu shift their hideout from the dispensary to the doctor’s house. Dimpy expresses the desire to meet her parents. All three go to Mirzapur late at night with the help of Babar (Aasif Khan), who is still sympathetic to the trio. What happens next forms the rest of the web series.

Gurmmeet Singh and Mihir Desai's direction is first-rate. One of the most interesting aspects of their direction is how they manage to present the entire Team Guddu vs Team Munna element and the game of one upmanship between them. Also within these two camps, a lot is brewing inside and that also adds to the tension and entertainment. It’s also amusing to see that how a feud that began in Mirzapur between a gangster’s family and his subordinates grips the whole of Uttar Pradesh! Unfortunately, the season is not without its share of blemishes. The first season had zoomed like a rocket from the first episode itself. But one can’t expect that here. The ten-episode-long web series moves at a slow pace, with the first two episodes being boring as well. Though the narrative is captivating, one does miss the fun banter and light-hearted feel of MIRZAPUR 1 at several places. Moreover, a few developments are too difficult to digest. The decision of Guddu to admit Dimpy in a college in Lucknow seems like a risk. After all, Munna and his men could have easily found out about her whereabouts and could have harmed her. In fact, Guddu’s parents continue living in Mirzapur peacefully and it’s bewildering Munna and Kaleen Bhaiya don’t use them to find out about Guddu’s hideout. The track of Babar also is unconvincing. He’s shown secretly helping Guddu while also working for Kaleen. For most part of the series, no one even gets a whiff of his intentions. 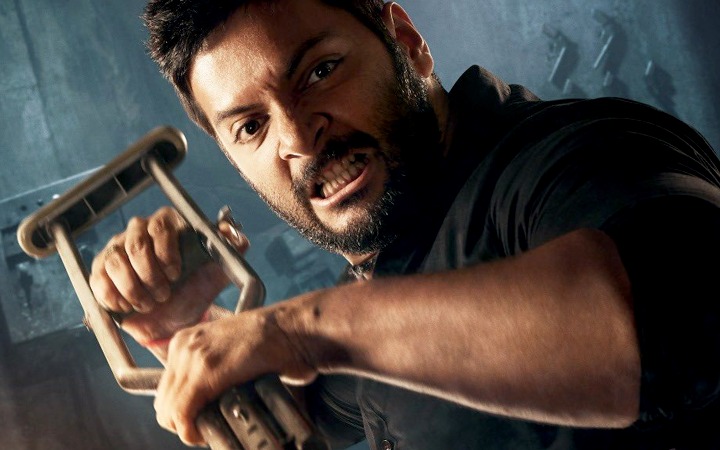 MIRZAPUR 2 begins with a 6.30 minutes long recap and that really helps as the previous season released around two years back. The series is engaging from the word ‘Go’ but the developments are slow especially in the first two episodes. However, the curiosity and the fact that viewers have enjoyed part 1 so much won’t let them abandon the series mid-way. Thankfully, the series picks up with the shootout sequences at Mau and Suroor Bar. Also, it’s very interesting to see the manner in which newer dynamics are formed between characters that didn’t have much to do with each other earlier. For instance, the association of Guddu with Golu, Shabnam (Shernavaz Jijina) with Guddu, and Golu and Guddu with Lala (Anil George). Before you realize, two camps are formed and battle lines get drawn. The makers reserve the best for the finale. The climactic fight keeps one on the edge of the seat. The cliffhanger end and the promise of the third season makes for a fitting finale.

Talking of performances, Ali Fazal is a bit restrained this time. But his performance is sans complaints. It’s interesting how he’s handicapped for almost the entire duration and yet manages to excel so well in action scenes. Also, he hardly mouths dialogues this time but whenever he does, it adds to the impact. Pankaj Tripathi too speaks less and lets his silence do the talking and that’s something to be seen to be believed. Kaleen Bhaiya is one of the most memorable or probably the most memorable performance of his lifetime and he does justice yet again. Divyenndu is terrific as always. His character is quite layered this time and he excels. Shweta Tripathi Sharma takes her performance to another level in this season. Her character undergoes a 180-degree-change and the way she learns the ropes and gets her way through adds to the fun. Rasika Dugal is too good as the badass wife of Kaleen Bhaiya. Anjum Sharma was hardly there in season 1 but here he plays an important part with panache. Kulbhushan Kharbanda is dependable. Vijay Varma (Bharat Tyagi; Shatrughan Tyagi) and Lilliput (Dadda Tyagi) are wonderful additions to the cast but their track is weak. Shaji Choudhary (Maqbool) is terrific. Rajesh Tailang (Ramakant Pandit), Sheeba Chadha (Vasudha) and Amit Sial (Ram Sharan Maurya) put their best foot forward. Pramod Pathak and Paritosh Sand are quite effective and their track is very exciting. Isha Talwar (Madhuri Yadav) is very confident and an actor that deserves to be seen more. Priyanshu Painyuli (Robin) gets to play a well-written character. Anangsha Biswas (Zarina) adds to the glamour quotient and her character also plays a big role in the political track. The other actors who also do a fine job are Aasif Khan, Harshita Shekhar Gaur, Dibyendu Bhattacharya, Shernavaz Jijina, Anil George, Meghna Malik (Shakuntala Shukla), Brahmswaroop Mishra (Lalit), Rohit Tiwari (CM's PA Anand), Shahnawaz Pradhan (Parshuram Gupta; Sweety and Golu's father), Manu Rishi (IG Dubey), Shrikant Verma (Raghu; Tyagi’s uncle), Nitin Mahesh Joshi (Raja; servant), Ali Quli Mirza (Shekhu Nai) and Prashansa Sharma (Radhiya). Lastly, Hemant Kapadiya who played the ‘b*****waale chacha’ has a crucial part to play and he gives a clapworthy performance!

John Stewart Eduri's music score elevates impact. Sanjay Kapoor's cinematography adds to the intensity. The locations this time are even better and compliment the goings-on, especially in the finale. Sonam Singh and Abhijit Gaonkar's production design is fair. Darshan Jalan and Neelanchal Ghosh's costumes are realistic. Manohar Verma's action yet again is gory but the violence is a bit controlled this time. Hive FX Studioz's VFX is realistic. Manan Ashwin Mehta and Anshul R Gupta's editing could have been slicker in several scenes.

On the whole, MIRZAPUR 2 is a gripping and an entertaining revenge drama, despite the slow narrative and the lack of sufficient light and funny moments. Thanks to the unbelievable craze, MIRZAPUR 2 is bound to be talked about and also is bound to get record-breaking viewership.