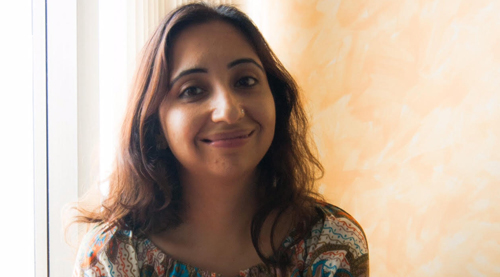 Prem Ratan Dhan Payo has turned out to be a success. While for Salman Khan, this is his ninth straight biggie (since Dabangg) which is marching into the Rs. 100

crore club, for Fox, it is a much awaited success. For the film company that was pretty much looking forward to a big one to their name before the close of the year, the Sooraj Barjatya directed

flick has done the job. We get chatting with Shikha Kapur, Chief Marketing Officer and Head of Syndication - Fox Star Studios.

PRDP is finding itself in the record books, with the highest collections in first four days and now already the second biggest grosser of the year in one week flat. Ecstatic?

Absolutely. We are extremely happy. On a professional and personal level, this has been pretty satisfying. So much effort goes into marketing the film and now finally we are seeing results. It is

always a good moment. A lot has gone into presenting the film the way it has been. It is a team effort. Salman, Sooraj, Sonam, all of us have put together collaborative effort.

The film is now set to surpass Fox's biggest Bollywood success so far, Bang Bang, within second weekend itself, isn't it?

I think it is personally gratifying to have delivered such a success. It has come at a time when we have not really had a great year as a team and company. I think there is no better way to see a

moment like this where we are delivering our best, scoring our biggest success and creating history. It is all thanks to the fact that we had a rocking team of our own along with Salman's team like

Reshma and Hiral for their constant involvement. Our director and Sonam Kapoor have also unflinchingly supported us. Nothing would have been possible without them.

With an entry into the Rs. 200 crore club pretty much confirmed, guess it is time to celebrate?

For all of us, it is a great moment. We are really proud of our association with Rajshri and Salman. It has been a very satisfying journey for all of us. We all worked hard on this film and left no

stones unturned. We really followed a very strategic campaign. Now that has paid off. Given the fact that in today's day and age, the first weekend is almost half the revenue of most films,

marketing outcome like this is a very significant achievement for all of us at Fox, Everyone has given his extra best.

Even though Rs. 200 crore would be a huge number too, from Salman Khan, every film is expected to be a Blockbuster and not just a hit. Was that ever a pressure for you?

For us there is a pressure of delivering a major film when it is a Salman film. People expect it to open huge. When you have a bankable superstar like him whose fan following is maddening, it is

also a benefit, a blessing. You are dealing with someone who enjoys the love of millions of people. That lends a positive vibe and hence there is pressure to deliver more. That said, when we

started, we didn't have a number in head. (Laughs) I still remember telling my team not to crystal gaze. Now that the collections are coming in, we are all very humbled. We are not getting carried

The film has also helped Fox to see a good success emerging after a few disappointments this year. In fact quite a few daggers were out before the release of the film.

I just feel that when things are not doing well then people try to pull you down; it is the philosophy of the world. It is a usual practice and hence it doesn't deter us. It at times does become

nagging though while being a sound in the background. See, everybody has had good and bad days. There are films where there are good and bad choices. Sometimes you don't believe in a film and it

works. It is not rocket science to know that it takes one big achievement to be able to stand for what you believe in.

Not at all! As a company, we are not dismissive about any of our content. All the movies that we have produced and backed, we have done so with good heart and soul. These are not the movies we are

disassociating from. These are movies from where we have learnt many lessons around cost, marketing etc. As a studio, we are on the threshold of growth. We are a budding studio and in the middle of

development of our slate. We are getting the right kind of people. We are learning. Every studio has gone through it; we haven't been the only isolated case.