Last Updated 03.10.2022 | 11:41 PM IST
feedback language
follow us on
Bollywood Hungama » News » Bollywood Features News » “He had this way of helping people that was so generous”- Vijay Varma on Irrfan Khan

Vijay Varma has been a big fan of late actor Irrfan Khan as he has often talked about how he respected and admired the star for not only his work but also how he was as a person. Vijay's latest release Ok Computer saw him playing the role of a cyber cell cop, Saajan Kundu which actually as he had earlier revealed, was a homage to Irrfan Khan's character from The Lunchbox (2013) in which the veteran actor was named Saajan Fernandez. 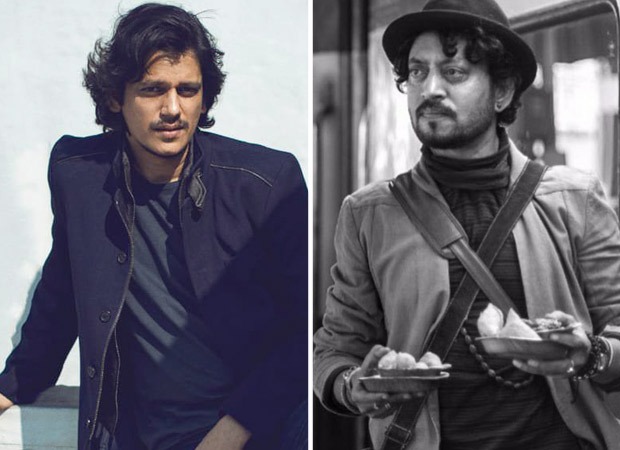 Vijay recently opened up on being inspired by late actor as he said in an interview with a leading portal, "He was just constantly surprising the audience. That was his strength, that you couldn’t tell what he would do next. It was the small details. I and the other actors around me would look at the way he reacted to a situation and try to figure out what he was doing, and we couldn’t."

Vijay added, "Usually, when you’re in the pursuit of becoming an actor, you try to figure out what must have been happening around the actor during a scene and where he found that emotion. But Irrfan’s magic was invisible. You couldn’t tell where it came from."

Vijay had met Irrfan during his days at his film school and later on at Cannes Film Festival and he was just amazingly inspired by his aura. When Vijay was out of work he decided to turn to Irrfan Khan's manager to handle him as well hoping something in his life would work out then.

Talking further about Irrfan's admirable quality as a person Vijay said, "Later, I found out that after Irrfan had watched Pink (2016), he kept recommending my name to various producers who were looking for young actors. A couple of producers have told me that Irrfan told them, ‘Isko lo yaar.’ He had this way of helping people that was so generous."

Irrfan Khan was and will always be one of the most cherished people known for his impeccable work across the world.