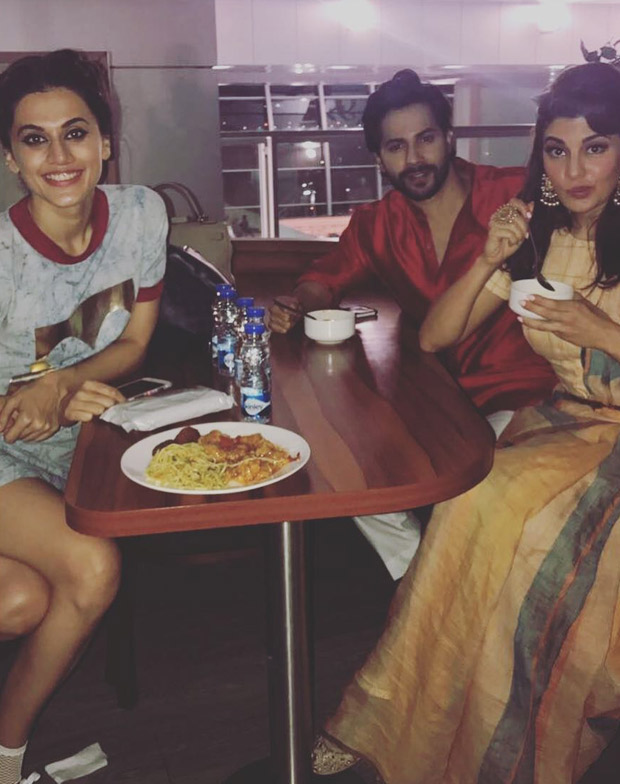 Varun Dhawan, Taapsee Pannu and Jacqueline Fernandez are promoting Judwaa 2 in full swing. The Mumbai rains might have ruined some plans of Judwaa 2 and the trio landed in Hyderabad. But, nothing stopped them promoting the film.

Varun Dhawan, Taapsee Pannu and Jacqueline Fernandez along with their respective teams were stranded in their plane for hours due to heavy rains in Mumbai. As the flight got delayed, it got re-routed to Hyderabad. It was only this morning when all of them returned to Mumbai. Jacqueline had shared a photo with Varun and Taapsee while updating their status. She captioned the image as, “"Here we are so happy in Kolkata as we think we are heading back home to Mumbai... cut to 9 hours later we land in Hyderabad still stranded!! Pls stay safe everyone."

Directed by David Dhawan and produced by Sajid Nadiadwala, Judwaa 2 released on September 29, 2017.