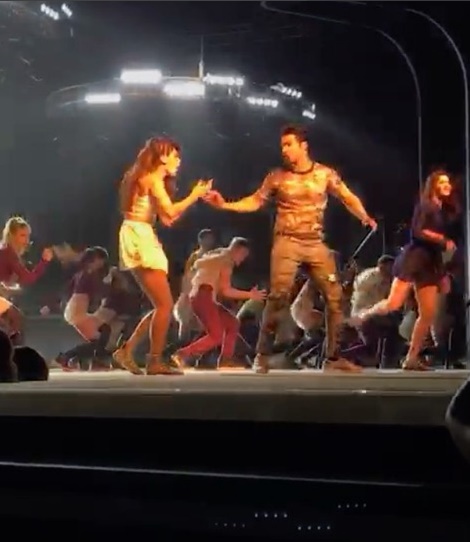 One of the highly awaited movies of 2017 is the much entertaining, Judwaa 2. Starring Varun Dhawan in a double role, the film is a modern version remake of Judwaa which starred Salman Khan in the lead roles as Prem and Raja. As Varun Dhawan is reviving the two characters, the actor will also be seen grooving to three of the revived tracks from the original film.

As the audience has enjoyed the track, Taapsee Pannu is giving the fans a sneak peek of what went down during the shooting of the song. She shared a video from the shoot day when Varun Dhawan accidentally injured her finger while carried away during the dance. She captioned the video, "When your co-star gets so carried away with his dance that he ends up injuring you @varundvn #chaltihaikya9se12 #Judwaa2 #behindthescenes."

Directed by David Dhawan, Judwaa 2 is bringing the back the old classic comedy in a modern way starring Varun Dhawan as Prem and Raja. Taapsee Pannu and Jacqueline Fernandez are the leading ladies. Produced by Sajid Nadiadwala, the film is scheduled to release on September 29, 2017.

When your co-star gets so carried away with his dance that he ends up injuring you ???????????????? @varundvn #chaltihaikya9se12 #Judwaa2 #behindthescenes