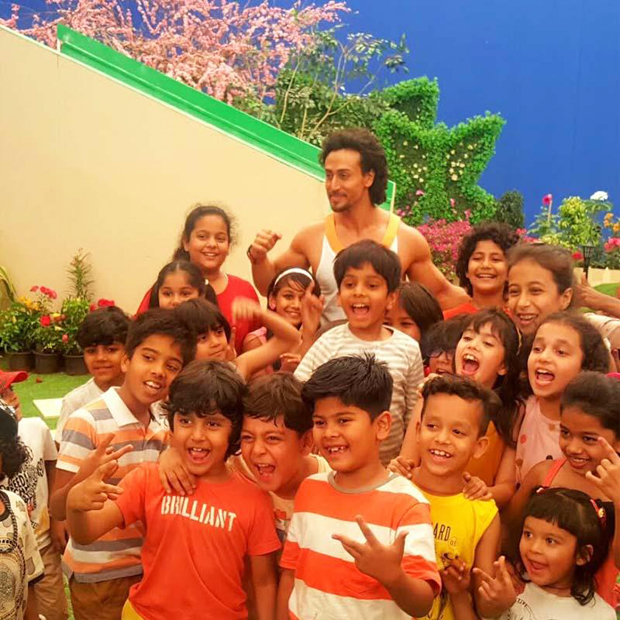 Besides being a heart throb, the extremely down to earth Tiger Shroff is quite a rage amongst the children as well. A few days back, he got announced as a brand ambassador of ‘Sony Yay!’, the soon-to-be launched kids’ entertainment channel from Sony Pictures Network.

Watch: Tiger Shroff having a blast with children while shooting for Sony YAY!

Recently, Tiger Shroff gave a sneak peak of the ad commercial that he had shot for the channel with a whole bunch of children. Do not miss his amazing interaction and ‘camara-derie’ with the children. Tiger Shroff posted the ad’s making on the social media and captioned it as “Guys check out the awesome YAY! time I had shooting with kids. Watch out for more! @sonyYaY”.

On the films’ front, Tiger Shroff will be soon seen in the dance drama Munna Michael (directed by Sabir Khan). This will be followed by Karan Johar’s Student Of The Year 2 and Ahmed Khan’s Baaghi 2.

Guys check out the awesome YAY! time I had shooting with kids. Watch out for more! ????@sonyYaY