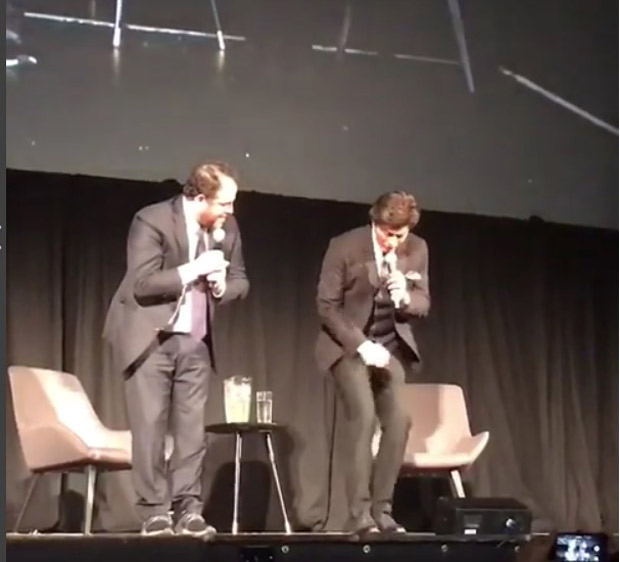 Shah Rukh Khan was invited to the 60th San Francisco Film Festival for a special panel to talk about films, Bollywood and his rise to fame. On April 15, Shah Rukh Khan attended the festival and his panel was hosted by Rush Hour director Brett Ratner.

During the panel, Shah Rukh Khan charmed everyone with his wit, entertained the audience at the festival, danced to ‘Lungi Dance’ and made Brett Ratner dance to it as well. At the end of the in-depth conversation about films and Hollywood venture, SRK taught some ‘Lungi Dance’ steps to Brett. Brett shared the video and captioned it, "With #KingKhan @iamsrk doing the #LungiDance during the @sffilm Inspiring, humble, a great dancer, and smells great too!!"

Shah Rukh Khan's My Name is Khan was also screened as part of the line-up of movies at the festival. On the work front, Shah Rukh Khan will be seen with Anushka Sharma in Imtiaz Ali's romance drama on August 13, 2017.

With #KingKhan @iamsrk doing the #LungiDance during the @sffilm Inspiring, humble, a great dancer, and smells great too!!

Anushka Sharma responds to a viral video of…