Ranveer Singh is a very busy man; even on his birthday. The actor is currently busy shooting his next film, Simmba at Ramoji Film City in Hyderabad. The blockbuster director Rohit Shetty, who is known for his big masala entertainers, is going all guns blazing to give Simmba an unprecedented scale. 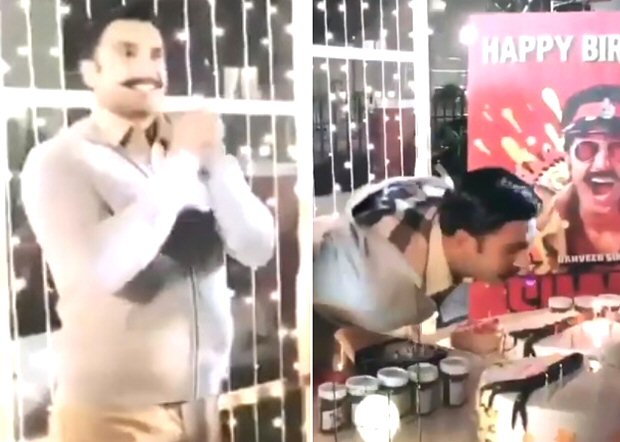 Ranveer Singh, who is working on his birthday, ringed in his 33rd birthday on the sets of Simmba at midnight. The Simmba crew along with director Rohit Shetty made sure to kickstart the celebrations with firecrackers and surprise birthday cake. In a video from the sets of the film, Ranveer looked pretty ecstatic as he blew the candles and the fireworks began. Rohit also was seen in the video shared by a couple of crew members.

In a hilarious video shared by one of the crew members, Ranveer Singh is making fun of the man who does not know the birthday song. So, the actor himself started singing 'Baar Baar Din Yeh Aaye' to begin his birthday celebrations.