While the world is busy battling the coronavirus, controversy queen Rakhi Sawant has claimed that she went to China and killed the virus. Rakhi Sawant who shares bizarre videos on her Instagram handle has shared two new videos where she talks about going to China and killing the deadly virus. 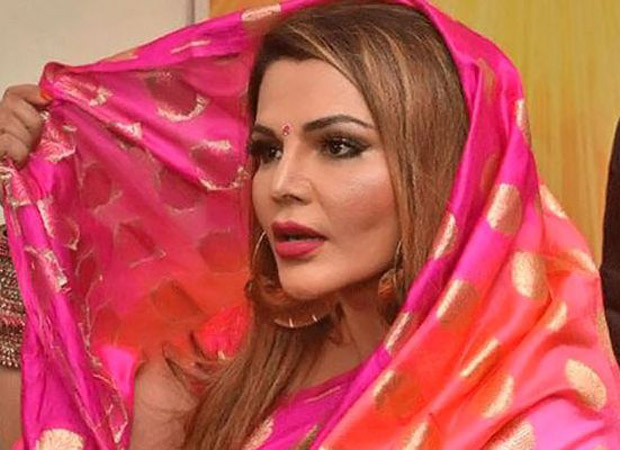 In the first video posted two days ago, Rakhi Sawant can be seen sitting in an airplane. She is heard saying, “Friends, I am on a flight, I am going to China. This virus, coronavirus, to kill that and I've a lot of warriors with me."

She adds, "I am going to China, I will end the virus and no one will fall sick now." Rakhi also claims to have ordered a 'special' medicine from NASA. The first video ends with Rakhi Sawant reaching China with the promise of killing the virus.

Today, Rakhi posted another video where she spoke about her trip to China and how she ended the virus. “Narendra Modi has sent me to China in his special chartered plane. The Prime Minister took me in confidence and told me that I am the only woman in the country who can kill the virus.”

She further said that there were people in the plane with her who were from the NASA, whom she termed as her ‘army’.

“I have been successful in defeating the virus. I have been to every house in China and sprayed the medicine given to me by NASA,” she claimed.

Rakhi further claimed that she came back from China after scaling the Great Wall of China as there were no flights coming back to India from there. "You will see a stamp on my passport on my arrival in China, but not on my return," she added.

"I got some virus back with me in a box and have kept it safely. I will give it to the rape convicts in the Nirbhaya case as they are not being hanged." She said that she will release the "virus in Tihar jail".

Meanwhile, in reality, the virus outbreak in China has claimed over 400 lives and over 20,000 people have been infected by the coronavirus. A cure for the virus is yet to be found.

Also Read: Rakhi Sawant FINALLY admits to being married to an NRI from UK!