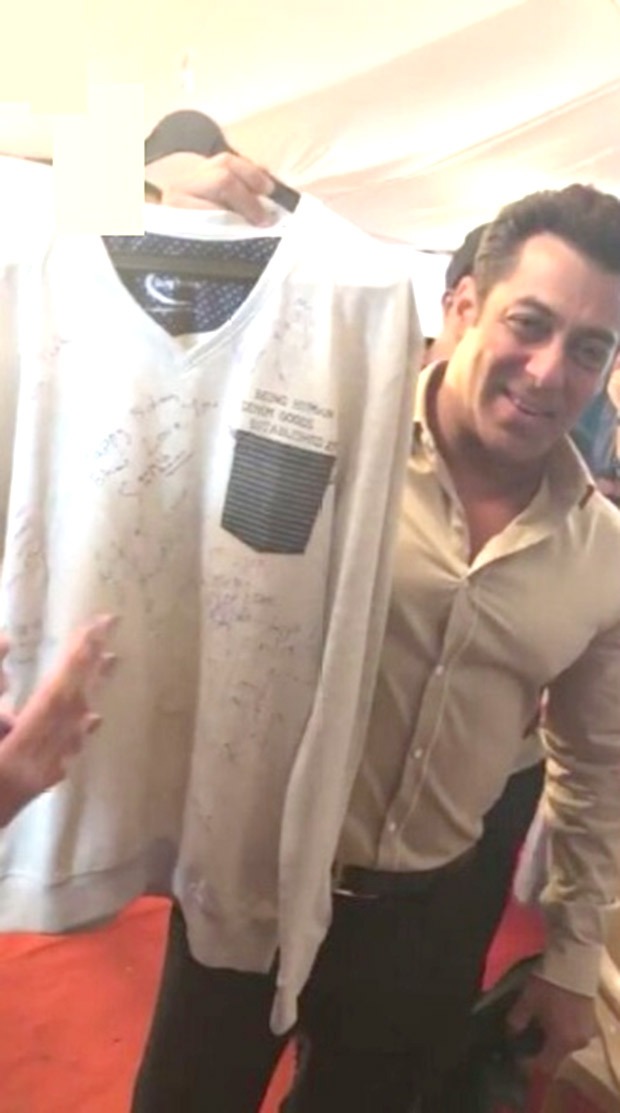 Salman Khan is having quite a good weekend. His film Tiger Zinda Hai released last Friday which is doing well at the box office. Without even taking a break after the hectic promotional tour, Salman has dived into the shoot for Race 3.

Salman Khan began shooting for the film last month. To complete the shoot in time, this year the team won’t be able to celebrate Christmas. The Race 3 team wanted to wrap up a few important scenes from the Mumbai schedule. So, the whole team will be having a working Christmas this year, in order to complete the shoot on time.

Taking a break from the shooting, the cast and crew celebrated Anil Kapoor's birthday on December 24. Well, Salman Khan was in for a surprise as he received a birthday present as well. As Salman will be celebrating his 52nd birthday on Wednesday December 27, little early celebrations began on the sets of Race 3. In a video shared by Jacqueline Fernandez, the cast and crew gifted him a sweatshirt with everyone's messages written on it. He was simply delighted and thanked everyone for it.

Race 3 is one of the most awaited movies of 2018 because the audience will be able to watch Salman Khan in action once again. Apart from Salman, Jacqueline Fernandez and now Anil Kapoor have joined the team. The film also stars Bobby Deol, Saqib Saleem, and Daisy Shah. Directed by Remo D’souza and produced by Salman Khan Films and Tips, Race 3 is slated to release on Eid 2018.