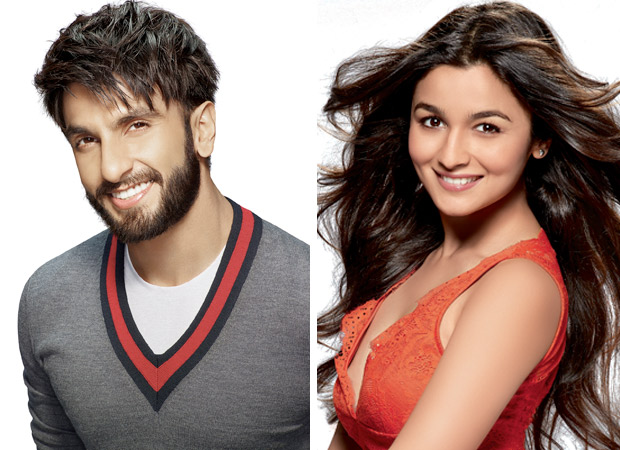 Ever since the time the remix version of yesteryears hit track ‘Tamma Tamma’ got released from the upcoming film Badrinath Ki Dulhania, it has been making news for all the right reasons. The said track, which features the film’s lead pair Varun Dhawan and Alia Bhatt at their youthful best, also has rap by Baadshah and a couple of voiceover lines by the golden voiced veteran Ameen Sayani.

Recently, Alia Bhatt posted the adjoining video of hers alongwith Ranveer Singh, who groove to the track of ‘Tamma tamma’. Do not miss Ranveer Singh’s crooning ‘aaho’ instead of ‘aaha’. And when Alia Bhatt tells Ranveer Singh that ‘But, tu badri nahi hai” (But, you are not Badri), the duo very smartly incorporated Ameen Sayani’s voice stating ‘Woh badal gaya”. One has to see the video in order to believe it.  Alia Bhatt captioned the video as “GULLY GULLY mein TAMMA TAMMA @RanveerOfficial @Varun_dvn @karanjohar @Its_Badshah @ShashankKhaitan”.

For the uninitiated, Badrinath Ki Dulhania happens to be the second instalment of the romantic comedy Humpty Sharma Ki Dulhania, which had got released in 2014 and was directed by Shashank Khaitan and had starred the same lead pair of Varun Dhawan and Alia Bhatt.

While the Shashank Khaitan directed Badrinath Ki Dulhania is all set to release on March 11 this year, readers may also be aware of the fact that Alia Bhatt will be soon seen with Ranveer Singh in the film titled Gully Boy, which is being directed by Zoya Akhtar and is based on the lives of street rappers. As per the reports, the shooting of Gully Boy will get started by November this year and that the film is majorly based on the real life story of Naezy aka Naved Shaikh, a gully rapper from a Kurla slum.