Nora Fatehi is currently judging the dance reality show Dance Deewane Juniors along with Neetu Kapoor and Marzi Pestonji, has always remained in news for showcasing her camaraderie with her colleagues. In a recent video from the sets of the reality show, the actress is attempting to learn cricket during the promotions of the Taapsee Pannu starrer Shabaash Mithu. 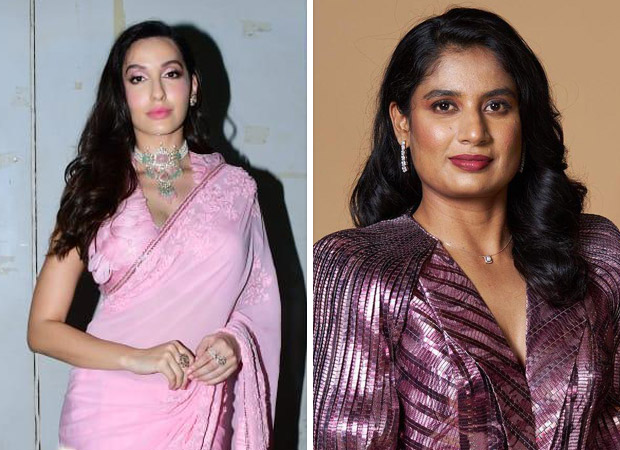 Nora Fatehi met Mithali Raj who too was a part of Shabaash Mithu promotions. The Indian cricketer, who is known as the highest run-scorer in women’s international cricket, was seen bonding with the actress over sports and other subjects. And Nora, who is always up for learning something new, took the opportunity to learn the sport from the expert herself and did it all while sporting a saree.

Confirming the same, a source close to the actress added, “Nora was cheered on by her co-hosts Neetu Kapoor and Marzi Pestonji. And obviously, seeing her attempting to play cricket had the studio buzzing with excitement. After creating a ripple at the IIFA Awards with her performance and later breaking the internet with her international single ‘Dirty Secret’, Nora won everyone’s heart yet again with her spirit. “

On the other hand, speaking about Shabaash Mithu, the film features Taapsee Pannu in the role of cricketer Mithali Raj. The film, inspired by the story of Mithali aka Mithu, speaks about the challenges that is faced by a female who aspires to make a mark in a male-dominated sport. Directed by Srijit Mukherjee, the film is slated to release on July 15, 2022.