After Priyanka Chopra Jonas, Deepika Padukone, and many other Indian actresses, Alia Bhatt is all set to become a global star. Finally, the wait is over for her fans as the global fan event of Netflix, Tudum 2022, has unveiled the first look of her Hollywood debut film Heart of Stone. Alia will be seen sharing screen space with popular Hollywood stars Gal Gadot, and Jamie Dornon. 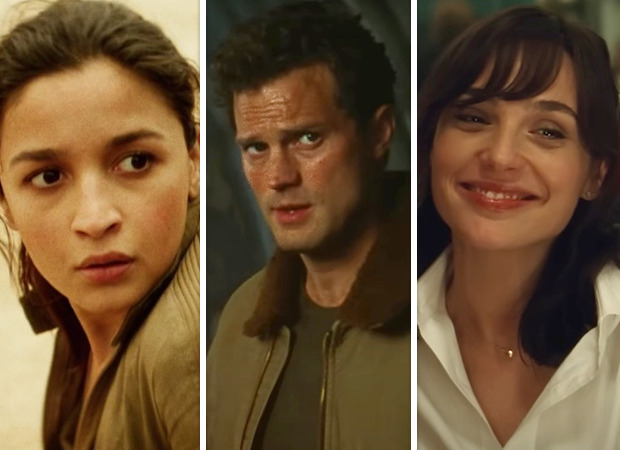 On Saturday night, Netflix took to its verified social media handle and shared the teaser of the action-thriller. Interestingly, the very first footage from the film also includes some BTS `glimpses` of the high-octane action sequences.

As the one-minute-twenty-one-second long video starts, a long shot of a bike speeding through a coastal road and a desert is seen. Later, a voiceover comes, which goes like, “You know what you signed up for--no friends, no relationships. What we do is too important.” As the video progresses further, in a BTS shot, Gadot says, “It is going to be extremely epic… a super grounded raw action thriller”. Meanwhile, the streaming giant also shared a major update regarding the release of the film in the caption.

The write-up read, “Heart of Stone may not be hitting Netflix until 2023, but stars Gal Gadot, Jamie Dornan, and Alia Bhatt just gave the world an exclusive first look at their huge spy action thriller in #TUDUM”. The comments section of the announcement post is flooded with love from Alia Bhatt’s fans. While one user wrote, “Watching it for alia bhatt only”, another said, “Alia finally making it westside”. Watch the teaser below:

Heart of Stone may not be hitting Netflix until 2023, but stars Gal Gadot, Jamie Dornan, and Alia Bhatt just gave the world an exclusive first look at their huge spy action thriller in #TUDUM pic.twitter.com/8nfQg3Vt0Q

Helmed by the British director Tom Harper, Heart of Stone, the upcoming Netflix original is loaded with high-adrenaline action.