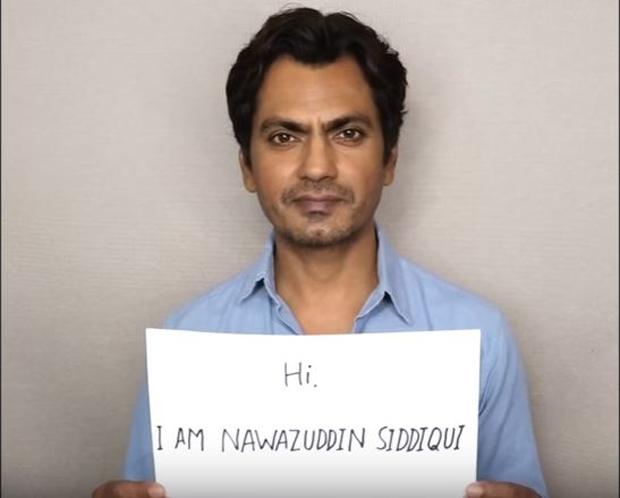 There's one thing above all- art. Art trumps languages and religion and there's no doubt about it. This country is facing a lot of problems especially the increase in the attacks on the minorities. In the recent times, the film industry has been a target over religion.

In a thought provoking video, actor Nawazuddin Siddiqui talks about how art is above all. In a video named "Sixteen Point Six Six", Nawazuddin talks about which religion he belongs to without any dialogues. The 55-second video is told through placards where he says that he got his DNA test results and found out that he is 16.66 percent Hindu, Muslim, Sikh, Christian, Buddhist and every other important religion in the world.

In the last moments, Nawazuddin Siddiqui revealed that during the DNA test he discovered his soul and found out that he is 100 percent artist. The video's motive is to look at artists beyond religion.

On the work front, Nawazuddin Siddiqui is currently shooting for Nandita Das’ Manto. It is a biopic on Indo-Pakistani writer Saadat Hasan Manto.

"As a dark-skinned economically backward…