Owing to the lockdown in the nation, Indian citizens are getting to spend a lot of time with their families. Karan Johar has been spending all his time with his mother and his twins-Yash and Roohi. The filmmaker has also been documenting the antics of his twins and sharing them on his Instagram feed. 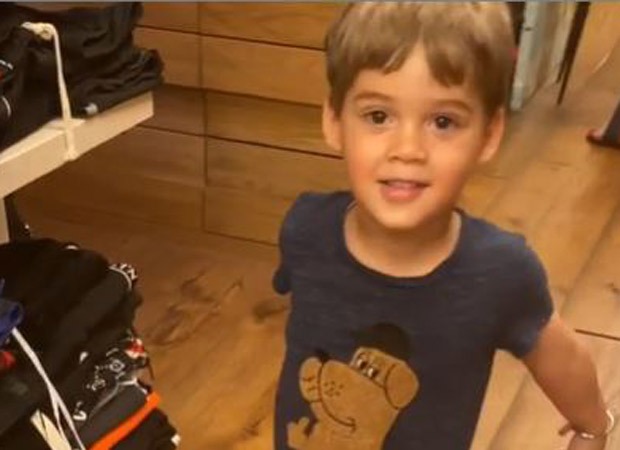 Of recent, Karan Johar has been recording his conversations with Yash and Roohi as they play in his closet. Their recent conversation involved Shah Rukh Khan, which grabbed the attention of fans on social media. In the video, the kids show Karan a poster of Shah Rukh Khan. Although Karan tried explaining that it wasn’t King Khan, the kids were adamant that the poster is that of the Dilwale star. In the recent video as well, Yash is trying to fit into a bag and when Karan asked him why he is doing so, looking at the poster Yash said, "Because Shah Rukh Khan is here." Meanwhile, Roohi is seen holding a guitar and Karan asks her to play a song. Sings the nursery rhyme 'Old MacDonald Had A Farm'. Later, Yash goes and hides in a closet and asks his father to find him. Sharing the video, Karan wrote, "Delirium has hit us all! #lockdownwiththejohars #toodles”

Delirium has hit us all! #lockdownwiththejohars #toodles

In the earlier videos, Yash and Roohi were seen judging Karan's clothes and suggested that the filmmaker should stick to simple clothes.