Sara Ali Khan and Kartik Aaryan are currently gearing up for the release of their upcoming film Love Aaj Kal. Fans of the two actors have already coined up the name Sartik for them. The film was announced a little after Sara Ali Khan said that she has a crush on Kartik on Karan Johar's show. 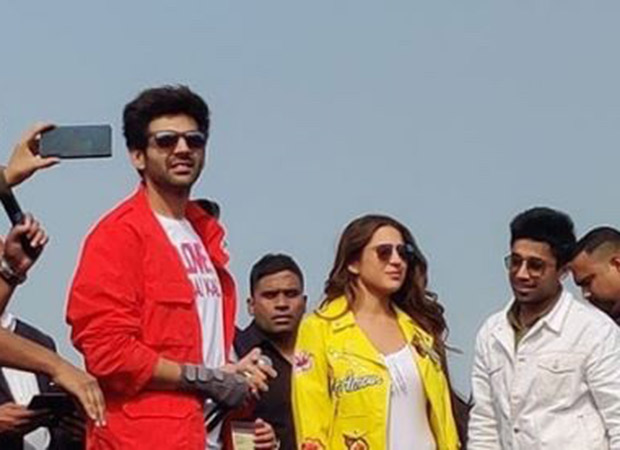 Ever since, a lot has been said about the relationship between Sara and Kartik. Despite all the reports doing the rounds, the actors have always maintained that they are just friends and colleagues and nothing more than that. However, it seems like fans of the two young actors are convinced that they are dating as fans started addressing Sara as bhabhi at a recent event in Agra.

Sara and Kartik who landed in Agra to promote their film were enjoying sightseeing as they visited the Taj Mahal. Later, the two actors were seen interacting with fans when suddenly a group of people started shouting 'bhabhi' in unison, seemingly addressing Sara, who was alongside Kartik. The video of the crowd chanting ‘bhabhi’ went viral on social media. While Kartik was seen smiling at the crowd, Sara maintained a straight face.

Also Read: EXCLUSIVE: Sara Ali Khan and Kartik Aaryan were asked about their FIRST KISS and this is how they responded!