Deepika Padukone and Ranveer Singh have been together since Ram Leela days, which was their first film together. Over the years, they have not accepted their relationship publicly but have often hinted about being together in magazine interviews and through their online PDA. The rumours have been rife around their marriage this year in November. As the speculations around the marriage are increasing, these cute moments of PDA between the two of them are only making the #DeepVeer shippers more excited. And Guess what? The two of them are currently on a secret vacation. 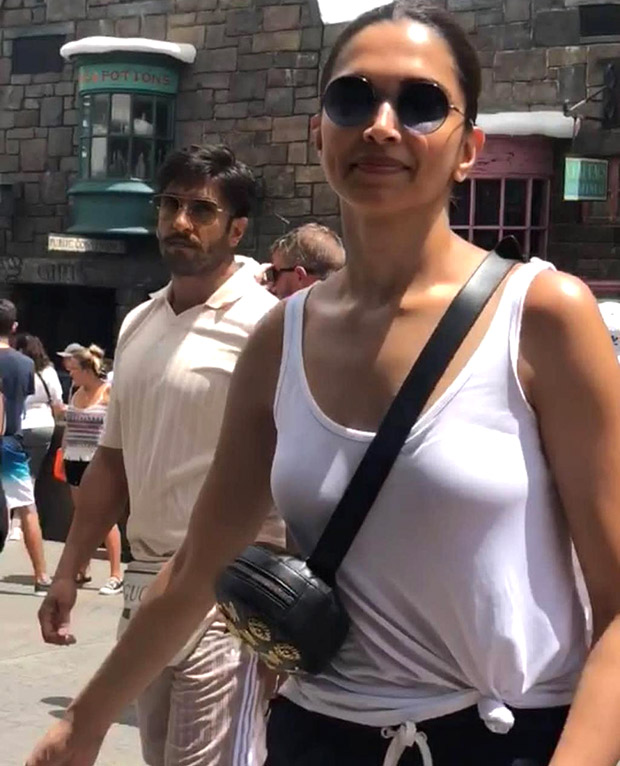 A couple of videos are doing the rounds of social media in which Deepika Padukone and Ranveer Singh are seen holding hands. They are accompanied by Deepika's sister Anisha Padukone as they visited the Wizarding World of Harry Potter. A fan filmed the two of while walking hand in hand when Deepika saw then fan and obliged her with a selfie. In it, Deepika is in a white Tank top and black pants whereas Ranveer kept it casual in a beige polo neck T-shirt and shorts.

Also Read: Deepika Padukone opens up about rumours around her engagement with Ranveer Singh