Disha Patani has been one of the biggest sensations on social media. Her Instagram page is well updated with sizzling images which have been lapped up by her fans. The actress has been on fire which has resulted in her fan following increasing day by day. After the blockbuster success of Baaghi 2, the actress seems to have taken some time off to enjoy some downtime. 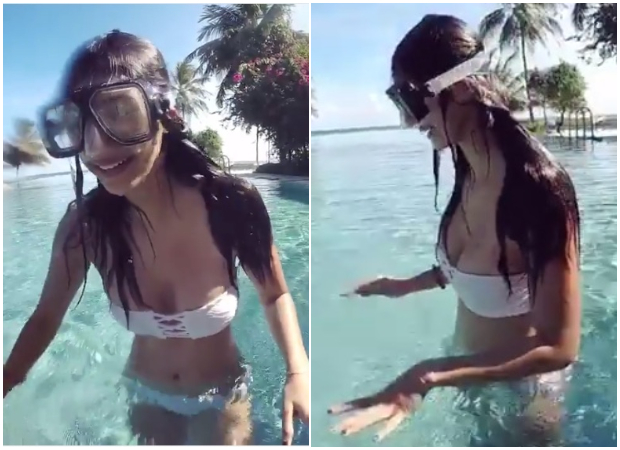 Disha Patani is often seen taking off to beach vacations or enjoys some downtime in the pool. While on vacation, Disha Patani is grabbing eyeballs for an underwater stunt she performed which has left everyone impressed. In one of her recent videos, a bikini-clad Disha is enjoying swimming but with a twist. Sporting a white bikini with goggles on, she can be seen doing a headstand underwater and captioned the video, “Who all can do this.”

On the work front, Disha Patani was last seen in Baaghi 2 with rumoured boyfriend Tiger Shroff. The film, directed by Ahmed Khan, went onto become a super success at the box office. The actress will be reportedly starring in Sundar C's period drama Sangamithra.

Also Read: Disha Patani to take on the role of warrior-princess from July onwards and it is for this film