Virat Kohli and Anushka Sharma reinstate our faith in marriages and relationships. Fighting all odds and travails of leading extremely busy lives they have made it work and continue to do so. Anushka makes it sure that she attends all of her husband’s matches whenever it is possible and never misses watching him playing on screen if she is busy shooting. Virat has just won Cricketer Of The Year award and Anushka of course accompanied him to the function dressed in a pretty navy blue ruffled gown which co-ordinated well with Virat’s crisp suit. Arm-in-arm they embodied the concept of power couple of the showbiz and cricketing world. 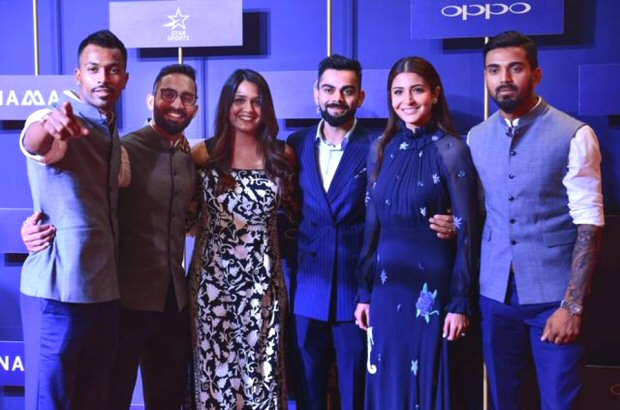 BCCI in its press conference stated, “Following his phenomenal show in the past two seasons, Team India captain Virat Kohli will be presented with the prestigious Polly Umrigar Award for the best international cricketer (2016-17 and 2017-18) at the BCCI Awards to be held in Bengaluru on June 12.”

Virat bagged the Polly Umrigar Trophy at the BCCI Annual Awards function in Bengaluru on Tuesday. When he got on stage he started his speech with this endearing line. “My wife is here today so makes it more special. The awards didn’t happen last year but I am glad they didn’t because she is here now.”  Virat has been undergoing rehabilitation for a neck injury which he got while playing for IPL.  He therefore is not a part of the County assignment for Surrey. “Kohli, who was scheduled to play for Surrey CCC in the month of June, has been ruled out from participating. This decision was taken following assessments by the BCCI Medical team, subsequent scans, and a specialist visit,” the press release from BCCI stated. 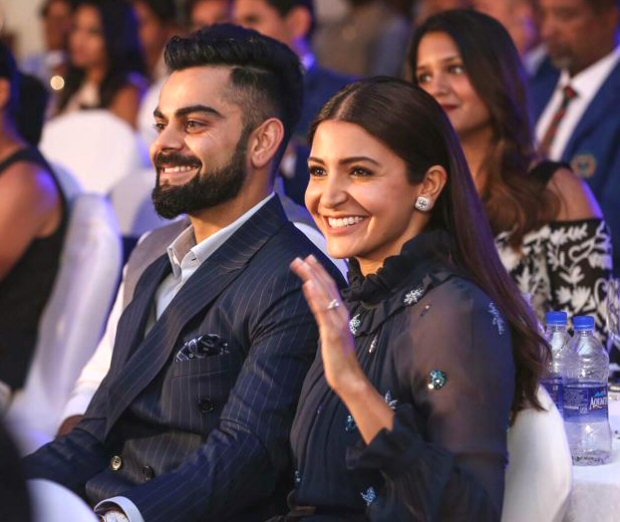 On work front, Anushka will be seen in Sui Dhaga and Zero next.

Happy ending to the beautiful evening❤