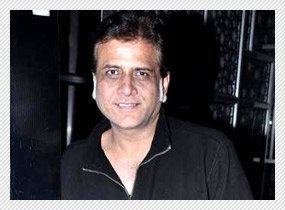 In a year which has seen number of first time directors marking their entry in the world of Bollywood, Bhushan Patel is the latest entrant. Entrusted with the responsibility of picking up the 1920 franchise set by Vikram Bhatt and directing 1920 - Evil Returns which has been produced by his friend-cum-close associate, Bhushan promises to scare audience with the Aftab Shivdasani-Tia Bajpai starrer.

Chills, thrillers, a 'bhatakti aatma' and a possessed young woman - guess you have got the template right for a horror outingâ€¦

(Smiles) It is always a good feeling when people swear by the promos and the songs. We expected the response to be positive but the true picture emerges when the distributors start showing good interest in your product as well. When we showed the first theatrical promo of the film to them, they couldn't believe that it was a film made by a first timer like me and not Vikram! The kind of compliments that came after they realized that the man at the helm of affairs was a first timer was pretty much gratifying for me. I could feel the sense of encouragement and exhilaration.

While you are acknowledging the fact that many felt it was a Vikram Bhatt product in the offering, was it a conscious effort on your part to bring on similar style of filmmaking as his?

See, he has written the film along with Amin Hajee. Other than that, he came to the sets only twice. That too happened since he had to write a few dialogues for the scene which had to be shot. He was there exactly for one hour and after that we had dinner for 45 minutes. That's the only time I remember seeing him during the making of the film.

You have been associated with Vikram for quite some time though....

Yes, I have shot three films for Vikram as a D.O.P. That too was 10-12 years back. Vikram's style has changed a lot ever since then. In any case, the whole idea of making a franchise is to bring in a recollection factor as well. In this way, mood of 1920 - Evil Returns is similar to that of 1920. However, the shot taking is different.

Were you always sure though that for your first ever feature film you would always step into the horror zone?

Not at all, that was the farthest thing in my mind. I have done a lot of TV in last decade or so and the closest I came to horror was then when I did a show called 'Anhoniyon Ka Andhera' for Vikram. It was telecast on Colors channel. That was the first time when I delved into the horror genre. It was during the making of this show when Vikram said to me that I should carry forward his 1920 franchise.

You didn't take any actor (Rajneish Duggall, Adah Sharma) from the original though....

This was because the film is a franchise and not really a sequel. As for Tia Bajpai, she had proved herself in Haunted and done very well. She had done two films with Vikram already, including Lanka, and hence was an automatic choice. As for Aftab then well, he was suggested by Vikram. He has been one of the most favourite actors of Vikram and has already done eight movies with him. I think he is a wonderful actor. For me, performances are very important because it is through an actor that audience gets to see the director. I wanted someone who could do justice to the role and Aftab fitted the bill.

While Tia has still worked in a horror film, this is first ever outing in this genre for Aftab. How did you set him into the psyche of a horror outing? It must have required some additional effort, isn't it?

Well, what is most important is to set an actor for the scene. Genre doesn't make much of a difference because whether it is a love scene, an emotional scene or a horror scene, an emotion has to be set by the director; that is my job. As a director I need to make sure that my actor is giving the right shot. This way I was fortunate because both Aftab and Tia would always listen and watch me carefully. It was my job to create certain atmosphere and mood on the sets the mood. Thankfully, my actors were receptive as well.


You must have set some expectations for yourselves on audience receptiveness to the film as well?

So far the kind of acknowledgment and feedback which is coming my way is a little scary (smiles). I remember telling my wife the other day that as a filmmaker if you know that you haven't done well then you don't care a damn whether people are excited or not. However if you have indeed done well and then people say that you are good, you end up waiting for results with fingers crossed and heart in the mouth. Presently I am going through that stage.