Due to the commencement of the third wave of the coronavirus in India and across the globe, actor Vijay Deverakonda revealed on Friday that the shoot of his next film Liger has been placed on pause. From his house in Hyderabad, he shared a picture of himself chilling with his pet dog. 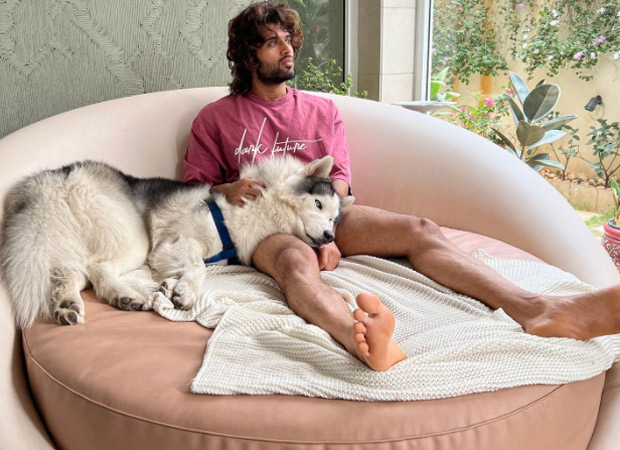 “Apparently it’s another wave Storm. Shoots canceled. Back to us just chilling at home,” he wrote in the caption.

Vijay Deverakonda's first pan-India film, Liger, is being shot in both Telugu and Hindi. Puri Jagannadh wrote and directed the film, which is co-produced by Karan Johar. The film also stars Ananya Panday.

Liger tells the story of a man who makes a career selling tea on the streets of Mumbai. The man, on the other hand, possesses the suppleness and strength of a ninja fighter. Later, he uses his physical power and fighting skills to compete in international mixed martial arts events, where he earns a lot of money and recognition.

Apparently its another wave Storm.

Shoots cancelled. Back to us just chilling at home.. pic.twitter.com/mnJ2w1aGWy

Deverakonda has bulked up in preparation for his role as an MMA fighter. He also appears to have mastered the art of trash talk for his character. Last year, the filmmakers headed to Las Vegas with boxing legend Mike Tyson to film some MAA combat sequences.