Siddhant Chaturvedi has always garnered the attention of the audience for all the right reasons. Going onward and upwards in the tinsel town, the actor has carved a very special place in the hearts of his fans and viewers - especially with his series of #MyNotes wherein he pens down his thoughts in the captions and his mesmerizing songs which we recently got treated with. Amidst the lush greens of Goa, the actor took to his Instagram and shared a video of him singing and treating his fans with his mesmerizing and soulful tunes. 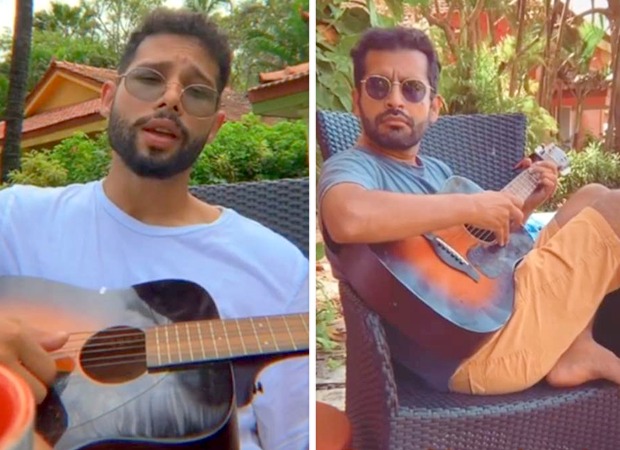 By the looks of it, after listening to the actor's melodious voice, Shakun Batra who is the director of his upcoming untitled film couldn't stop himself and is seen playing a tune or two and jam with Siddhant. Siddhant puts up a caption for Shakun and says, "Boss man shows how it's done!" They have been shooting in Goa for their upcoming film, and have been enjoying each other's company!

Not long ago, cooped up in his house because of the lockdown, Siddhant released his first single 'Dhoop', which was a massive hit amongst the audience! On the work front, Siddhant will be seen next in the sequel of the iconic Bunty Aur Babli, directed by Varun Sharma. He is currently shooting for Shakun Batra's untitled film, and will start shooting for Phone Bhoot soon.