After the two grand weddings in Bollywood – Deepika Padukone – Ranveer Singh and Priyanka Chopra – Nick Jonas, Indian billionaire businessman Mukesh Ambani’s daughter Isha Ambani will be tying the knot with Anand Piramal in Mumbai on December 12. But, before the wedding that takes place today, there were several pre-wedding festivities that were held in Udaipur. From mehendi to sangeet to Beyonce's concert and DJ party, all the pre-wedding functions were lavish and saw A-listers in attendance. Former First Lady of United States of America, Hillary Clinton and Former United States Secretary of State John Kerry were also in India to attend the festivities. 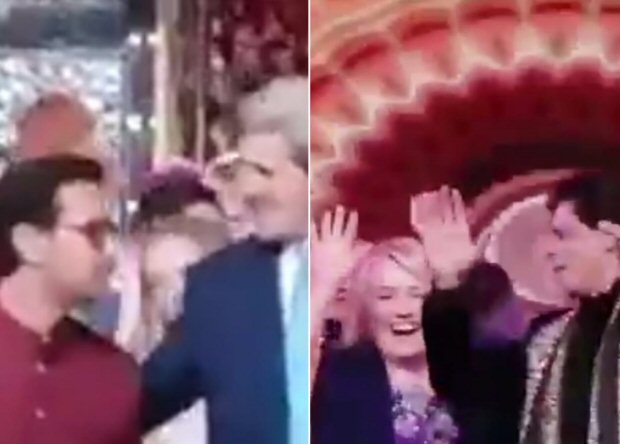 Not only did the politicians attend the festivities, they even grooved to the beats of Bollywood music at the sangeet ceremony this past weekend. Shah Rukh Khan led the Ambani troupe in the sangeet ceremony followed by Aamir Khan and several other celebrities. They were enjoying to the core when SRK danced with Hillary on 'Tune Maari Entriyaan'. In a video that is going viral, one can see Hillary Clinton grooving to the beats of the song along with Nita Ambani and designer Prabal Gurung. 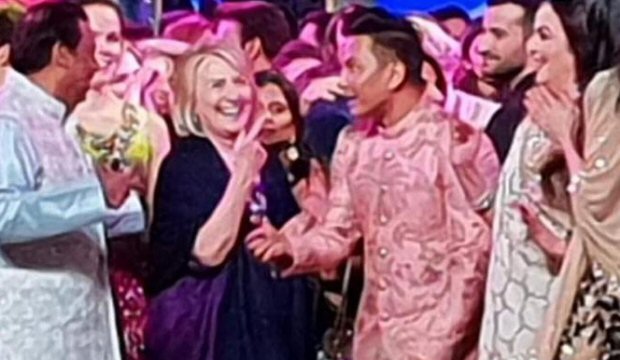 Mukesh Ambani was seen dancing with John Kerry as the guests danced their hearts out on the stage. On stage, Anil Ambani, Karan Johar and many more were dancing along with Isha Ambani. The grand wedding of Isha and Anand Piramal will be taking place today in Mumbai.

SRK dancing with @hillaryclinton , John Kerry and other guests, gracing the event with his charm. ❤️