Akshay Kumar and the team of Housefull 4 will kick-start the promotions of the film with the upcoming show Movie Masti with Maniesh Paul. The show will feature many popular celebrities. The first episode will see Akshay Kumar, Bobby Deol, Riteish Deshmukh, Kriti Sanon, Pooja Hegde, and Kriti Kharbanda. But, an unpleasant event took place during the shoot when comedian Paritosh fainted. 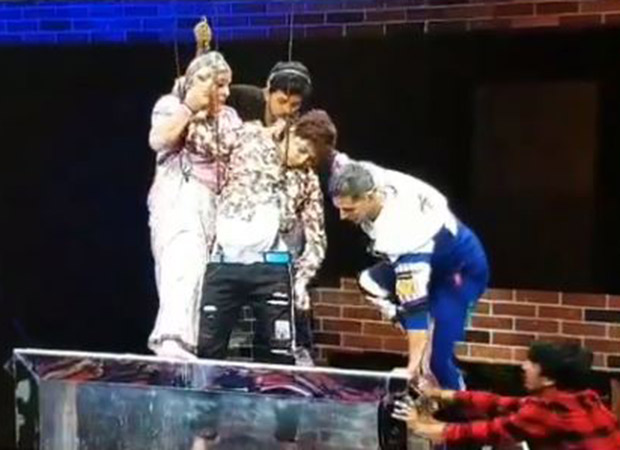 While filming one of the tasks on the show, comedians Ali Asgar and Paritosh Tripathi were tied to harness hanging mid air. When they were about to shoot the segment, Paritosh fainted on the harness after his blood pressure dropped This is when the entire crew including Akshay Kumar ran to rescue him. Akshay took to lead and himself helped remove the harness from Paritosh and guided the team to rescue him. The crew asked Paritosh to rest. After some time, when he was feeling better, the shoot continued.

Ali Asgar said that Akshay Kumar was the first one to notice that Paritosh had begun to lose consciousness so he rushed to help him and jumped over the water tank. He said that the comedian reeovered from his low blood pressure and they resumed shooting. He said that these things are part and parcel of the life.

ALSO READ: Is THIS the role that Akshay Kumar will portray in Good Newwz?