Knowing the way actors are often surrounded by rumours, especially relationship rumours, Vicky Kaushal too has fallen prey to the same. The actor has often been linked up with an actress-dancer Harleen Sethi and a photo of the two of them sporting a tee with the famous dialogue from his recent release Uri, ‘How’s The Josh?’ went viral recently. And now, for the first time, Vicky spoke about their relationship and how it all started. 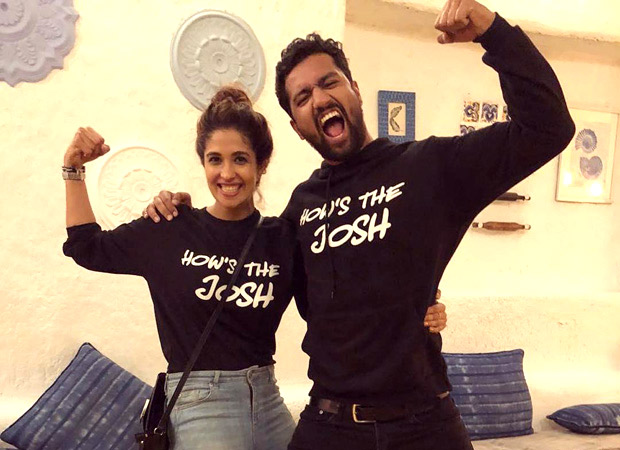 Readers may be aware that when Vicky Kaushal made his debut on Koffee With Karan 6 this year, he did confess about being in a relationship but didn’t speak about it much. However, during another interview with Filmfare, he spoke about Harleen Sethi and stated that the relationship between them began quite organically. He said, “It was beautiful to get to know each other but at the same time feeling right from the very beginning.”

Reports have it that Vicky Kaushal and Harleen Sethi met through a common friend and that they met each other for the first time at a friend’s bash. If these reports are to be believed, Vicky and Harleen have been dating for a year. In an earlier interview, the actor had stated, as per reports, that they not only enjoy each other’s company but are also each other’s best critics.

Vicky Kaushal, who gained fame with Raazi, has now entered the Rs. 100-200 crore club with the recent blockbuster Uri, directed by Aditya Dhar. The actor is also expected to share screen space with Bhumi Pednekar in a horror- comedy which is produced under Dharma Productions. He will also be continuing his association with the banner of Karan Johar with the latter’s directorial Takht that features an ensemble cast with Ranveer Singh, Alia Bhatt, Kareena Kapoor Khan, Bhumi Pednekar, Janhvi Kapoor and Anil Kapoor playing lead roles.