Bollywood’s latest married couple Katrina Kaif and Vicky Kaushal celebrated their one month of their marriage on January 9. The couple tied the knot in Rajasthan last month in private ceremony with limited guests in attendance. 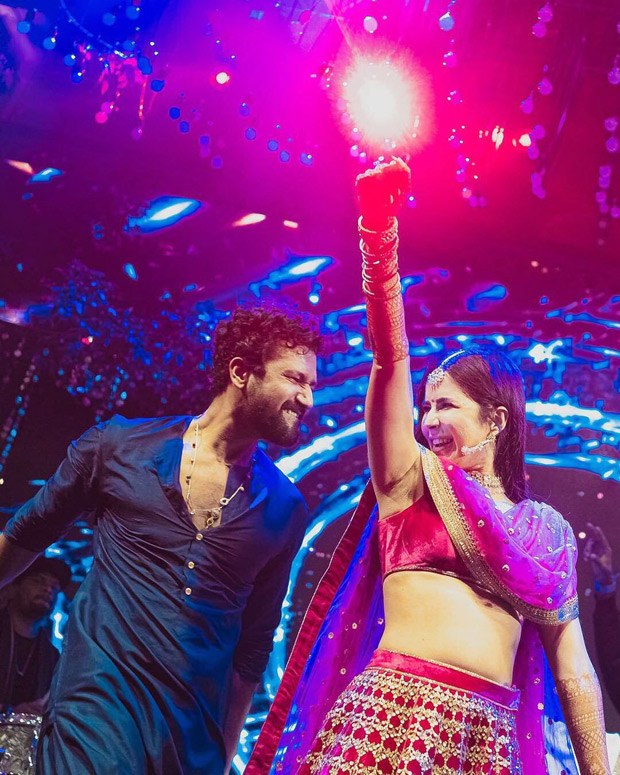 As the couple marked the one-month anniversary of their wedding, Vicky Kaushal shared an unseen picture from their wedding.

Vicky and Katrina are burning the dance floor with their amazing moves in an unseen photo. Vicky looked handsome as usual in a black kurta, Vicky looked handsome as usual, while Katrina looked stunning in a pink lehenga.
Katrina also uploaded a lovely picture of them hugging as they celebrated their one-month wedding anniversary a while back. 'Happppyyyy one month my (heart emoji)'. Vicky also left a remark on her post. 'Happy Happy my (heart emoji)' he wrote.

Vicky Kaushal and Katrina Kaif stunned everyone when they married in a discreet but magnificent ceremony in a royal fort in Rajasthan, in front of their family and close friends. Due to the ongoing pandemic and their tight work schedules, the couple decided to forego a foreign destination wedding.

Meanwhile, Katrina Kaif will next be seen in the film Tiger 3', which stars Salman Khan and Emraan Hashmi. She has recently begun filming for Sriram Raghavan's Merry Christmas, which also stars Vijay Sethupathi.

Vicky Kaushal, on the other hand, is currently filming a film with Sara Ali Khan that has yet to be named. Sanya Malhotra and Fatima Sana Shaikh feature alongside him in Meghna Gulzar's Sam Bahadur.