Last Updated 31.01.2023 | 10:08 PM IST
feedback language
follow us on
Bollywood Hungama » News » Bollywood Features News » Vicky Kaushal meets up with Shehnaaz Gill on her show and their romantic photos have fans gushing over their chemistry

Vicky Kaushal will be seen in an interesting character in the forthcoming film Govinda Naam Mera. The actor will be essaying the character of struggling choreographer Govinda Waghmare, caught between the women in his life which includes his dance partner and sexy girlfriend played by Kiara Advani, his dominating wife Bhumi Pednekar, and painful mother. Vicky is currently in the midst of promoting the film which is scheduled for an OTT release this month and he attended the chat show Desi Vibes with Shehnaaz Gill. 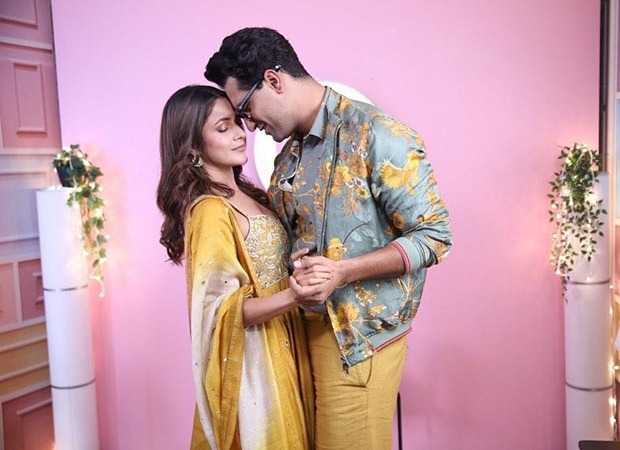 Former Bigg Boss contestant Shehnaaz Gill, who has been dabbling with some interesting projects, has been hosting a chat show with celebrities. And when the two Punjabis got together it was truly an emotional moment. Shehnaaz took to Instagram to share several photos from their chat session and also posted a long note about meeting up with Vicky Kaushal. She said, “Very seldom you meet a star who makes you feel you are one of them. Very seldom you get this feeling that you know this person from ages and is family. Very seldom, in your second meeting you feel that you know this person like he is family. I guess this is what a true star is. @vickykaushal09 I’m delighted to have met you once again and today’s chat was more than just conversations… I wish you nothing but success, good health and positivity always.”

Along with their fun conversation, she also shared a couple of photos of the two of them posing quite romantically and fans kept requesting filmmakers to have a look at the photoshoot. One of the fans commented, “Someone cast them together”. Yet another fan added, “The pictures.. aisa lag raha hai ekk romantic movie ke caps dekh rahi hu (looks like I am watching a romantic movie in caps).. and the pairing looks on fire… bhai koi director, writer dekh nhi raha hai kya iss bomb pairing ko (bro, is any director, writer looking at this bomb pairing?) Some fans even expressed their love for the onscreen pairing saying, “Love shehnaz vicky”. Another one dropped, “Look good together” whereas other user added, “You both will rock onscreen”

Speaking of Govinda Naam Mera, the film is directed by Shashank Khaitan and it is produced by Viacom 18 in association with Dharma Productions. It is slated to release on December 16 on Disney+Hotstar.